Cryptocurrencies have been hyped as the “new economy,” or the new market where the prospects for profit are in multiples compared to the mainstream FX and equities’ markets with lots of volatility presenting opportunities for investors to cash in on this new asset class.

Flocks of investors experienced and not, swarmed into this new playground looking for easy gains and indeed they saw their accounts increasing week after week as the prices for “cryptos” were on a vertical climb. And then came the sell-off.

Late in 2017, the cryptocurrency market reached a stage where the initial excitement and the scores of newcomers were not enough to keep propelling prices higher. And, across the board, the price of the different tokens collapsed. In a matter of weeks, the price for Bitcoin, the preferred crypto and one of the pioneers of this new economy, dropped close to 70 percent sending chills down the spines of new investors who had been seeing profits pilling up for many months.

“Is this the end?” many asked. The naysayers who had been forced to defend their preference for more mainstream investment instruments were glowing in happiness as their prediction that “cryptos are a bubble waiting to burst” was finally proven right. However, progress only moves forward and when a new tradable asset is found and becomes part of our daily lives it rarely goes away – it has now part of the financial ecosystem.

What’s next for this new breed of investment instrument?

In my capacity as a market analyst, my function is to understand what the catalysts are driving this market and devise scenarios on how to profit from it. The first thing we need to understand is that cryptocurrencies are a sentiment-driven market where the direction of the price solely relies on what investors expect for the future.

There is no fundamental analysis to be made on cryptocurrencies; technicals rarely work as it’s a market with very thin liquidity, so we’re only left with the sentiment, and this is what ultimately affects their behavior. And this can be further confirmed by the simultaneous, almost orchestrated reaction traders have when, for example, news about a crypto-exchange being hacked hits the wires.

The traders all sell at the same time, and the bias becomes contagious triggering further declines. However, over the past few months, in trying to provide guidance on the different tokens, I noticed a very interesting phenomenon.

Every time price for cryptos builds some momentum to the upside, and hopes for a new bull market surface, another sell-off is triggered. But there was also one detail in common with all these market moves.  I noticed that Bitcoin, the household name for cryptocurrencies, was the one edging higher while the rest of the cryptocurrencies remained trading sideways in consolidation mode.

This was an intriguing piece of data as the divergence in price action between instruments that should normally be perfectly correlated to each other couldn’t be easily explained. After the first few times, I further noticed that this divergence in price action – which always had Bitcoin diverging from the rest of the other cryptocurrencies and always BTC trying to move higher – invariably produced the same outcome.

Bitcoin broke to new highs for maybe a day but then led to a coordinated decline among all cryptos began. The BTC move higher always proved to be what we call “a false break,” a move to one direction that proves unreliable and quickly turns around to fall in line with what the rest of the market is doing.

And the crypto market was mirroring this price action. The fact that it was always Bitcoin which led the attempt to change the bearish bias occurred confirmed my train of thought. This was simply because it’s the most popular one, the one where most new traders are found, and they still have hopes for a new bull market hence they test the waters.

This established a new notion in my mind that we are now in a seller’s market for, a market where investors have become accustomed to waiting for a new attempt to the upside only to jump on the opportunity to start selling short the instrument and capitalize on the buyers’ ruined hopes.

Of course, you can’t really “sell short” a crypto though an exchange, but you can easily do this via an online trading platform. One would argue that the idea that crypto prices are affected by what happens on the online trading platforms is not possible as the price of cryptos comes from the exchanges and is not dictated by the buying and selling of derivative instruments like Contracts-for-Difference (CFDs) from the various brokers.

But the same stands true for the Forex market where prices come from the banks but are still affected by the bias among investors: when prices are falling banks are inclined to offer the FX currency on a lower price, fueling further bearish momentum.

Is the market doomed?

Does this mean that we’re doomed to see cryptocurrency trading decline as prices struggle to break higher? On the contrary, it creates a perfect opportunity to hunt for profits! Before prices collapsed in December of 2017, we always saw prices rallying, and many traders were hoping for a correction allowing them to enter the market.

You see traders don’t think like normal people; they don’t see a vertical climb and think “wow, I need to get into this.” They instead hope for a correction that would allow them to enter the market at a lower price and profit from the new leg higher. Exactly what happens now with the only difference that the new legs are usually to the downside at least for now. 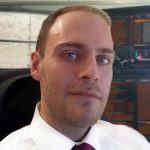 Which actually in the world of online platform trading makes no difference as we can easily profit on rallying or declining markets – the wonder of CFDs and derivatives’ trading.

My advice if I may offer one? Get involved in this while it lasts – not that it will stop at some point. It’s just the direction that might change from a sellers’ market to maybe a buyers’ market again or maybe a sideways trading environment.

What will remain the same is always the opportunity to profit as this “new economy” has now become a part of our investment ecosystem.

This post was written by Konstantinos Anthis, Head of Market Research at ADS Securities.

Great job on crypto analysis.I still think crypto is in early stages, there is a lot of growth in future.

Bitcoin has been getting famous among game players to trade virtual goods too.