At the start of the year commercial and investment banks, central banks and regulators all dismissed cryptocurrencies and blockchain technology.  Cryptos were variously described as “the mother of all bubbles” and a “fraud that will ultimately blow-up.” And, of course, summed-up by legendary investor Warren Buffett, who said: “I can say almost with certainty that cryptocurrencies will come to a bad end.”

However, six months later many of these voices, especially from the commercial and investment banks, have been silenced or required to realign their positions. Companies once aggressively opposed to digital assets, and the infrastructure which runs them, have reversed their stance and are now actively investing in blockchain technology.

So now the “naysayers” are central banks and regulators, and the reason for this is clear. We are seeing the introduction of new technologies, the opening up of new markets and the creation of new systems which are being driven by the general public and not by Governments.

This is significant as banks, regulators, and markets manage political expectations. If they are not involved this financial renaissance has the potential to develop unchecked and unregulated. A revolution in the way financial services are delivered could be on the horizon, but outside of their control.

Financial centers are always adapting and changing driven by products, technology, and demand. The development of electronic communications allowed hedge funds to move from the City or Wall Street to Mayfair and Boston and the building of Canary Wharf and most recently Hudson Yards in New York has further dispersed these historically famous financial areas. The development of blockchain has the potential to further disrupt the location and services provided by New York, Tokyo, Shanghai, Singapore, or London.

Many financial centers retain their crowns based on the liquidity they manage and the concentration of like-minded companies and the back-office systems they support. But the development of blockchain could be a game changer. Each chain is equivalent to a new financial ecosystem with investors looking at which will grow and survive and moving away from the technology which will be quickly superseded.

Main market regulators have necessarily focused on the issues of fraud and market manipulation which has been associated with cryptocurrencies and ICOs. This is, of course, absolutely right, but while they have been doing this, other centers have looked in more detail at how blockchain could be used to provide better transparency, greater security and much easier access to a range of investors and traders.

Abu Dhabi wants to be one of these centers and significant effort and investment is already being put into this. The head of the Abu Dhabi Global Market (ADGM), an international financial center in the UAE capital, recently called cryptocurrencies “the way of the future.” 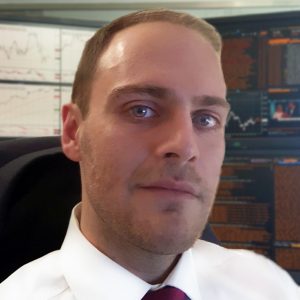 So as the largest regulators are looking at banning or controlling cryptos, more flexible markets are looking into how distributed ledgers and smart contracts can offer greater visibility and higher levels of security. In our opinion, the further decentralization of financial services offers unique opportunities to those ready to adapt quickly to the changing tides. Progress only moves forward, and luck favors the brave, as the saying goes.

This post was written by Konstantinos Anthis, Head of Market Research at ADSS.