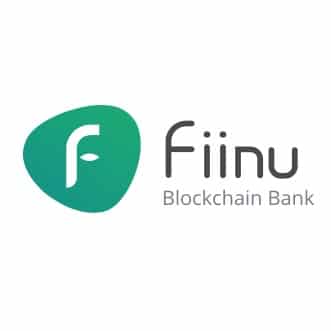 Initial coin offerings (ICOs) have become one of the most popular crowd-funding mechanisms in recent memory. In an effort to help incentivize individuals looking to invest in its ICO, Fiinu is taking a dramatic step from the competition to offer a money-back guarantee.

The group is currently in the pre-ICO phase. Once launched, Fiinu will become the UK’s first blockchain-friendly bank to be approved by the Bank of England. It will provide financial services to people and small businesses that feel excluded or underserved by the existing financial service sector, including the world’s first bank independent overdraft.

Fiinu’s innovative products will increase financial inclusion and strengthen the financial resilience of its customers. Ahead of this authorization, the group has embarked on several moves and developments that will look to install Fiinu as one of the most transparent and safest ICOs to date.

Traditional ICO investing is associated with many risks and vulnerabilities to scams. In a bid to help mitigate these perils for investors and any element of uncertainty associated with the project, Fiinu is offering investors a minimum 90 percent of their investment back guaranteed.

The new investors protection will help safeguard individuals in the event that Fiinu Bank is not granted a UK banking license, which is expected to occur in H2 2018. Presently, Fiinu is undergoing the Bank of England’s authorization process to become a fully licensed bank. Once authorized, Fiinu will look to establish itself as a blockchain-friendly challenger bank that bridges the gap between the centralized and decentralized financial worlds. 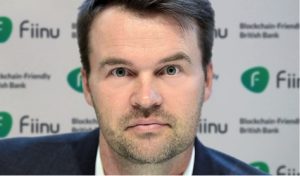 Fiinu’s CEO Founder Marko Sjoblom, commented on the new self-imposed investor protections: “There’s so much unreliable information in the ICO market that we want to set a gold standard for future ICOs, and show our potential investors that Fiinu is a safe investment. As the first ICO to offer a money back guarantee, these safeguards mean that investors receive their investment back in the event we are not able to launch Fiinu as outlined in our white paper.”

The step represents a departure from other ICOs currently being undertaken, which has helped shield investors from any potential issues moving forward. Fiinu is looking to establish a new self-imposed strict regulation on their fundraising activities that potentially can become the new benchmark of a safe and credible ICO in this largely unregulated market. The group is hoping that all future ICO’s should follow this new benchmark, as outlined by the British banking start-up.

The other 10 percent of all raised funds via Fiinu’s ICO will be utilized as working capital, with the remaining funds held in escrow until its banking license is granted. Individuals interested in exploring Fiinu’s ICO should consult the group’s white paper by accessing the following link.

Fiinu’s core team has already undergone the UK bank authorization process once before and has been engaging in positive meetings with Bank of England regulators since the beginning of the year. The investors in Fiinu’s ICO will receive FNU-utility tokens that include Fiat credit against the token and a share of the bank’s future profits, but will not have any voting rights or equity in the company.

According to Mr. Sjoblom, the FNU’s will be listed on major digital-currency exchanges once the bank has been authorized and the lock-up period has ended. Finance Magnates spoke with ICO and crypto-currency expert Ville Oehman, who as the co-Founder of Singapore CMS licenced Crypto Fund, Blockchain Technologies SPC, has overseen hundreds of ICO’s to-date.

The Fiinu pre-ICO is now open to Investors: https://t.co/gX0dpdA2Wp pic.twitter.com/HEVAH03fu9

“What first struck me is that Fiinu has a highly experienced team and a very clear value proposition and vision. The money back guarantee and secure escrow arrangement also tell me that their ICO is legitimate and safe. Fiinu’s product is also exciting, with their innovative technology-first approach to solving the failures they see in the financial services market. Our fund focuses on large-cap cryptocurrencies with a small allocation to promising ICOs, and Fiinu will certainly be part of our portfolio,” explained Mr. Oehman.

Fiinu’s leadership team is also taking a risk-based approach as to who can invest in the ICO. According to Mr. Sjoblom: “The ICO is targeted to qualified, sophisticated investors, with no more than 150 private investors per country also allowed to participate. Accredited investors must go through the same checks as if they were opening a bank account in the UK, including a KYC, AML and PEP check,” he explained.