Spectre.ai, the Digital Contracts trading company, is delighted to announce the launch of their new trading app for Android devices, and also the opening of their API to developers.

Spectre.ai is an online financial trading platform that allows for high frequency trading in the financial markets with low risk.

Launched nearly two years ago, it was created with the vision to allow for fraud-free retail trading and is one of a range of applications using an autonomous liquidity pool (DALP). Today, traders use it to trade fully decentralised (broker-less) or centralised.

The new API can be used to automate trading and allows developers to build automated-strategy-robots, applications and trading interfaces that interact with the Spectre platform.

Spectre provide the source code for developers and programmers to link their software to theirs. All algo-trades that are placed via the API will use Spectre’s deep liquidity while developers retain their preferred platform’s functionality.

One example of an app built on the Spectre.ai API is the newly launched mobile app that allows industry-leading entry speed at just 2 milliseconds (hence the term ‘hyper’), well ahead of competition.

Spectre’s API offering differs from most in that it operates on an ethical model in terms of monetisation, in-keeping with the firm’s vision of fraud-free trading and complete transparency.

To this end, developers will earn on winning trades (up to 30%) thus incentivising them to create bots and systems that can generate a high ratio of winning trades for their user base.

In other words, their clients pay them nothing on losing trades, but up to 30% on those that win. Head of R&D Oto Suvari stated “Spectre.ai’s API developer incentivisation model is an industry first and with no other serious API in the digital contracts space, this really sets us apart from peers and vindicates our ongoing roadmap delivery as per 2017.” Head of IR and Affiliates went on to state “Spectre.ai is here to establish a new paradigm in retail trading. To this end, the loss-driven incentivisation model that plagued the affiliate space within retail trading will be upended.”

Another unique offering for developers is that of live daily income.  Unlike most, who pay their programmers on a monthly basis, Spectre allow their developers to withdraw their earnings in real-time, whenever they choose.

Business Development Head Khalik Pratama said, “The move to introduce an advanced API (and mobile app built on top of this API) coupled with market-leading pay-outs of 100% and unique assets such as EPIC, make Spectre’s mobile the go-to trading application. Users can now trade whenever, wherever and however they want, and enjoy the benefits of our next generation technology, giving real-time direct market access whilst on the go”. 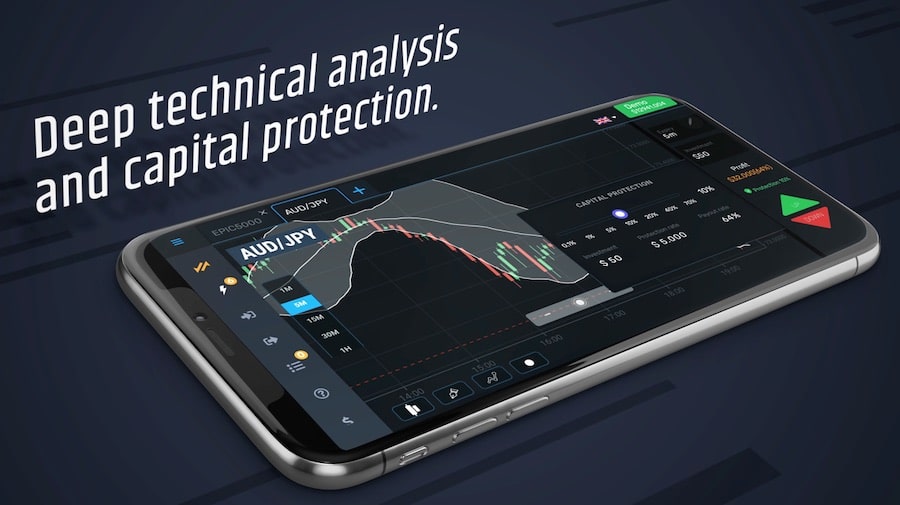 The Spectre mobile trading solution is an innovative product for Android; reliable, fast and user-friendly, it is the best available technology that provides traders maximum freedom to speculate on forex currency pairs, commodities such as gold and silver, and EPICs (Spectre’s unique historical trading asset class) quickly and easily.

Like the desktop version, the Android app performs another useful role; it doubles as a practice app offering full demo account facilities which allow users to get to grips with it and execute some dummy trades while on the go.

Trading using the app is exciting and can also be a lot of fun. It’s fast, intuitive and designed to fit modern lifestyles. It will soon to be available on the Playstore.

It can be downloaded here: https://www.spectre.ai/download_mobile

Regulatory Notice: Spectre.ai is strictly closed to U.S citizens. Trading and investing involves high risk and you can lose all your money. The ownership of SXDT or SXUT tokens by U.S citizens is strictly forbidden.