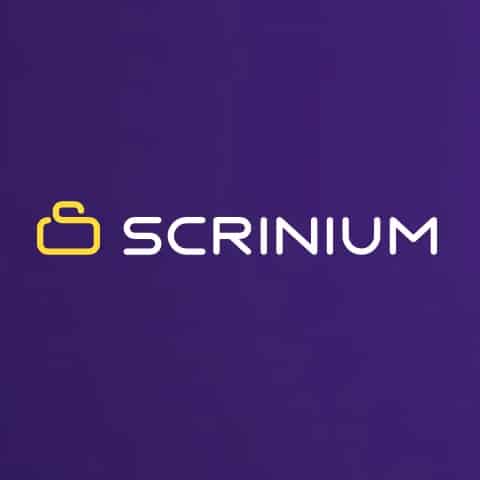 A new ICO has emerged in the finance sector – a system based on blockchain that will provide the user with an opportunity to invest and achieve profit without significant effort, by building an investment portfolio based on the user’s preferences.

Scrinium solves several major problems for those who find trading and copy trading risky and not very profitable. It doesn’t require a lot of knowledge or a knack for financial analysis, and it doesn’t involve the sort of intermediaries who take part of a trader’s profit in a traditional trading environment.

Scrinium was born as an idea in early 2017, when the founding fathers Sebastian Forbes and George Pantzis decided put an end to the long-term struggle of every investor involved in copy or social trading.

Scrinium is a decentralised investment technology that operates using smart contracts. Based on performance analysis of millions of traders around the world, it picks the most appropriate and consistent traders to suit an investor’s requirements, and automatically creates an investment portfolio fit for their needs.

In that way the investor doesn’t have to perform complex analytical actions to be able to take part in trading. 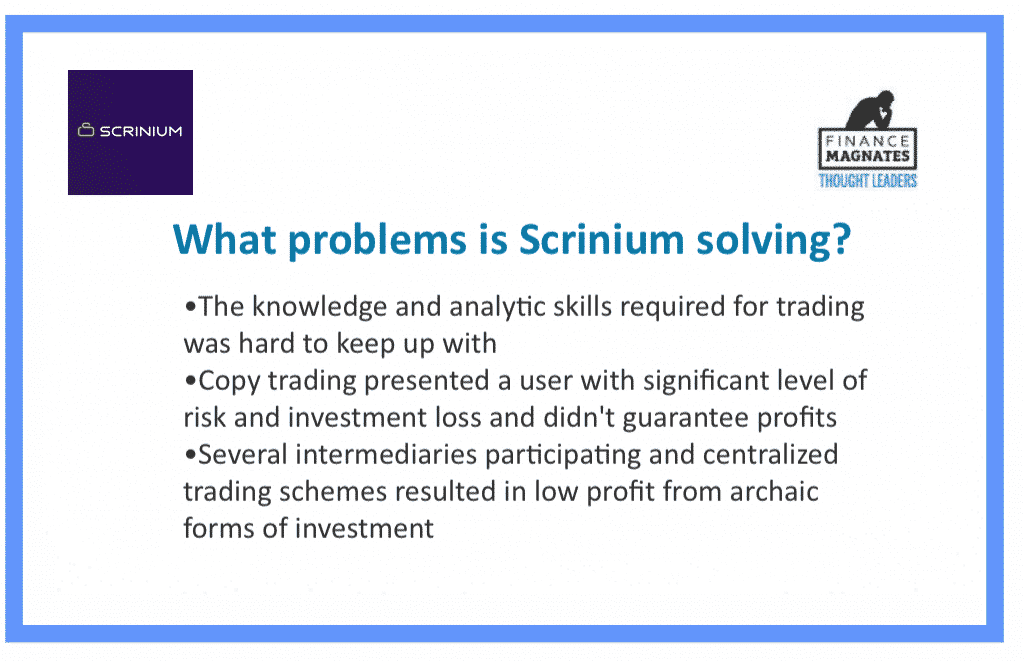 The coin itself will be used as an internal operating currency – investing in SCR means that those who buy it will be able to use the Scrinium system.

The company roadmap plans its first prototype public release for May 2018. In the meantime you can follow Scrinium on social media to get all the latest updates on the pre-ICO and the product itself.