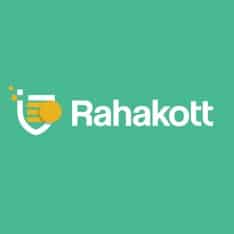 Rahakott has followed up its recent project launch last month with the introduction of a new cryptocurrency wallet, offering a range of special features for its corporate customers. The wallet will aim to help facilitate the sending and receiving of digital currencies featuring a new streamlined interface.

The project has coincided with the strong uptick in demand in cryptocurrencies, which has seen most large cap instruments such as Bitcoin and Ethereum hit all-time highs. To help address this demand, Rahakott’s cryptocurrency wallet will look to simplify the overall transaction process.

Akke Svenson, Rahakott’s Founder, commented on the launch, “We promise to keep improving the service, constantly enhancing the integrated features, so that customers will enjoy the process time and again.” As such, the newly offered feature will significantly decrease the time spent on transaction processing.

Users who run the master account, called the “administrator,” will also be able to designate other role types to other users, including manager, trader or auditor. In this way, a given business owner may distribute the rights between different employees depending on their status. For example, some of them may manage users and transfer funds without access to API keys or order placement. Others have access limited to data viewing and placing or cancelling orders.

Entrepreneur, IT specialist, blockchain enthusiast. Graduated from the Royal Institute of Technology in Sweden and Stanford University in the US. He began his career at Ericsson, then worked on developing services for financial companies in Europe.

For a few years he served as CTO at a Silicon Valley fintech startup. After that, he returned to Sweden and founded his own company, specializing in IT consulting. He became interested in blockchain in 2013, believing that modern technology will help build new economic relationships in the world.

IT expert – graduated from the Moscow Institute of Physics and Technology and the University of London. He began his career as a programmer, developed projects in the e-commerce sector, and headed IT departments at Russian and English companies. In 2015 he became interested in cryptocurrencies and mining.

Yes, because right now there’s just a boom on cryptocurrency, many services are trying to help people transfer or keep digital currency. Rahakott isn’t my first cryptowallet, but so far I’ve chosen this one. I wonder how the new function will work which will take less time on transactions.

For my opinion Rahakott is a better than others. For registration, you don’t need enter no private information, like email, phone number, else. Also, I should to say about transaction. It’s very fast, have a low fee and a nice protected from other.

I’ve decided to try it on top of my main wallet. I’ve been working with it for a month. Everything’s fine so far. Especially I’m pleased with the speed. There are not many currencies, but I don’t need more. I have one more wallet which accepts 43 currencies, but I don’t know a single person who needs them all at once. But everything supported is checked for vulnerability, in order not to catch something bad. I’ve almost lost the mnemonic phrase. I even shuddered.

What phrase are you talking about?

I think he means seed phrase (or others names it mnemonic phrase). It generates at the first step of registration process. And according the Rahakott website – this is only thing you need to login.

When you register, you get a long phrase that serves as an identifier. If you lose it, you can say goodbye to your wallet. It should be written down on a piece of paper and removed from other people’s sight. It is better not to store it on the computer. It’s a bit troublesome, but safe. So it makes sense to pay attention to Rahakott.

This way of log is a most secure. Only that person, who know the mnemonic phrase can access to wallet .

For better protection you can turn on an 2FA, this thing will help make your wallet maximum safe .

I hadn’t dealt with crypt, but life made me have a crypto-wallet. I’ve found Rahakott and began to use it. When I later learned that transactions were going on for days with some wallets, I was surprised. Everything goes very quickly here, even with a strong network load. The truth is that commission slightly increases at these times, but for me it is quite bearable. Everyone decides for himself what kind of wallet suits him, but I don’t plan to change Rahakott yet.

For now the commission become lower, and a speed of transaction left at that level. Wallet become more friendly for users.

I’d like to draw your attention to Rahakott crypto-wallet. This is a usual wallet that works fast, maintains enough currencies and provides complete anonymity. It’s quite new, but it seems to me that it has a chance to take a worthy place in crypto-market. I would turn down other wallets, but Rahakott doesn’t have a mobile version, which is unacceptable for me.

Thank for your review. You know, i chose Rahakott and it really don`t need mobile app (the web version has super usability interface).

I was looking for an additional crypto-wallet. I don’t like to choose from the top ten search engines, and I saw Rahakott at the beginning of the second dozen. Now it is probably higher in the ratings, I haven’t checked. It’s a fine wallet. Transfers are made quickly and complete anonymity is provided. Registration is quick and you don’t have to enter anything. You’re provided with a phrase as a password. Then, if you want you can also set your own password. It is possible to use it in Tor, there’re special mirrors. There’re few cryptocurrencies, but they promise to… Read more »

For today you can use all of the popular cryptocurrencies at the wallet. I think that in the near future they add more.

What happens if I lose the mnemonic phrase?

You wont be able to log in into your wallet. Keep your mnemonic phrase in safety. Its better to have it written on a paper besides keeping somewhere on computer.

You will lose all your coins. Better to keep it on paper .

For better safe you should keep your mnemonic phrase offline, maybe on the sheet of paper, somewhere in safe place. It is a better way.

Hello awryone. Could you tell me how this wallet is. Is it will be good to me keep my crypto there? From this articleI have knew a lot of pros about this wallet and how about cons? Maybe there is some bad side?

I’m using this wallet for kind of 6 months and for this time it becomes better and better. As you a newcomer you would like a nice interface, friendly support and a low fee. One of cons it that you as a user of wallet cant choose a value of fee for faster transaction. Another one, I heard that someone told that its ain’t good for large sum as it haven’t a nice protection that other has, but I think it isn’t true. Wallet fave a secret generated password and 2FA, it is enough for good protection. So I think… Read more »

And what about using in phone, how can I do this?

For now, it doesn’t have an app, but the website is good optimize for browser. You can use it there, all you need its just a keywords.

You can use phone version in same way as desktop. Simple, clear, good optimize design and well-made usability.

You can’t restore the mnemonic phrase. It’s important for the account safety. So I recommend writing it on a piece of paper and keeping in your safe (if you have good savings in cryptocurrency). Personally, I see it as an advantage of Rahakott. So many services have been hacked because of this… That’s why the first thing I pay attention to is safety, when choosing a wallet. I advise you do the same!

I think so. No one cant reach your data, all is encrypted, the only way to access your wallet is your mnemonic phrase. And it is a nice protection.

Does this wallet support an Ethereum? Because I saw lots, and don’t know who is right. I’m really interested of this wallet and want to choose this one for storage of my funds for long time

Yes, it does. I started to use it in this wallet for kind of month ago, and can’t understand why a lot of people asking this question.

What gives me a using of 2FA?

2FA in Rahakott gives you a nice, real protection from hacks and other things. In your life would happens differents, and with 2FA you can keep your money at safe.