The people of Britain have spoken. Or at least, the people with the loudest voices have spoken. Cameron’s Britain has voted to leave the EU by 51.9%, and now the leader himself has pledged to resign within 3 months.

The result was a very close call which will leave advocates for the Bremain camp kicking themselves that they couldn’t do more to help sway the sentiment.

OK, time to face the music.

What does BREXIT mean for traders?

Dramatic volatility: What we do know for certain is that the markets have predictably behaved unpredictably since the voting booths closed, with the Sterling falling 2000 pips overnight.

Many market analysts are suggesting that this may be a good time to invest in safe haven instruments, while the more intrepid traders may prefer to trade the volatility.

Opportunities to trade safe: FXPRIMUS has already announced that they are ‘stronger than ever’ following the implementation of strict risk management systems which allow our traders to trade the volatility without having to worry that the company may lose their initial investment.

Not another SNB: Although this is a day to go down in history, this is not another SNB event.  Brokerages have been well prepped for a number of weeks in the lead up to the referendum and have had ample opportunity to put safety measures in place in order to protect their clientele.

What does BREXIT mean for IBs and money managers?

Support your clients: Partners should do their utmost to support their clients through this unsettling time.

Novice traders may be likely to make some emotional trades that could negatively affect their investment, and experienced traders will be wanting as much information as possible in order to help them with their trading decisions.

Money managers may wish to take this opportunity to educate their clients on how their investment is being managed.

What does BREXIT mean for Brits Abroad?

Andreas Edris, Head of Customer Support, gives his personal view: “The idea of the UK leaving Europe strikes me as simply crazy!” he says. “The economy has now been left in shambles and I don’t think they fully understand the full effect of this in years to come.

“On the other hand, this could also be a wakeup call for the rest of Europe and look into ways of changing the EU rather than have it be a massive liner going down and breaking up.”

Kyri Kyriakou, Client Relationship Manager, comments on the market reaction: “It’s like the  captain has jumped ship before passengers, and this is what the market is reflecting. Conventional price action used by investment banks to make trading decisions are failing due to the aftershock of the markets after the Brexit vote and they are simply in a state of ‘gambling’ as a way of making profit. Due to this, Banks are taking heavy loses and could get worse over the next couple of weeks therefore jeopardizing their liquidity. Carney’s promise to inject money into the ‘real’ economy may actually be used to bail out the banking system if things get worse. A decision to decrease interest rates to counter this negative effect would put further pressure on the pound and possibly a surge of foreign investment leaving the UK and going into safer havens.”

John Inder, Development Engineer: “As a British citizen living in the EU I’m in shock at the result. I now face either living as a second class citizen in my host country or returning to a country I no longer recognise. I doubt my fellow citizens knew what they were getting into when they voted for Brexit and I doubt our politicians know how to get us out of this mess again!”

As for myself, a graduate of European Studies who has worked in Brussels and run multiple successful projects and events off the back of EU funding, I will leave you to guess my reaction.

So why did Britain vote to leave the EU?

Many factors contributed, including pressing migration issues and the resurgence of UKIP led by Nigel Farage; a famed nationalist and Eurosceptic. Britain has once again demonstrated its strong standalone ideals, famously symbolized by the unforgettable image of St Paul’s Cathedral standing strong after the chaos of WW2.

Whatever the emotions of the occasion, we must accept the decision of the majority. Jeremy Bentham’s Greatest Happiness of the Greatest Number must surely apply here, and a measure of good faith should now be put into the civil administrators who must now manage the extraction of UK from EU. 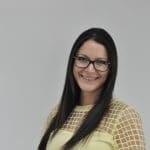 This article was written by Helen Astaniou, PR & Marketing Communications Manager at FXPRIMUS. More Brexit analysis and opportunities can be found here.

Share this article
Tags: Affiliates / Brexit
Got a news tip? Let Us Know