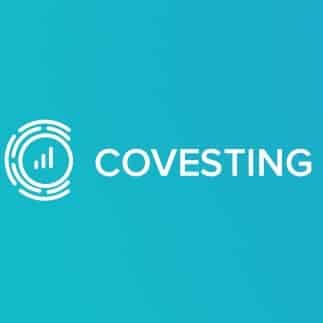 Covesting’s ICO has officially gone live to the public today, following up its impressive pre-ICO where the group managed to raise over $1.1 million. Covesting represents the industry’s newest copy-trading platform for cryptocurrency where regular investors and cryptocurrency trading pros can meet.

Covesting’s unique platform allows investors to find the best traders and replicate their trading activity for profit, including copying the trades of some of the most successful traders in the world.

In particular, the platform was built by a group of ex-bankers from such global banks as Saxo Bank, SEB Bank, JP Morgan-Chase, and Zurich Insurance. It’s founders, Tim Voronin and Dmitrij Pruglo, are amongst some of the most experienced FX and derivatives traders, and are trying to bring the same technology that boomed in traditional financial markets to the crypto world.

Covesting has recently been featured in news around the world and has gained a lot of attention in the crypto industry for its recent developments. This is reflective in its traction on social media – the group has gone from a community of just under one hundred, to a cohesive network of over 10,000 fans on Facebook and Twitter, and over 2,200 members in their Telegram channel.

They have made waves across the industry by becoming one of the first cryptocurrency projects to incorporate in Gibraltar following the territory’s government announcing very favorable laws to ICOs.

Covesting CEO Dmitrij Pruglo commented: “As a fin-tech company, there’s no bigger question in the industry today than how individual countries will end up regulating cryptocurrency. The move Gibraltar makes sense for Covesting as well as all our investors and users. We are removing a lot of uncertainty from the equation.” 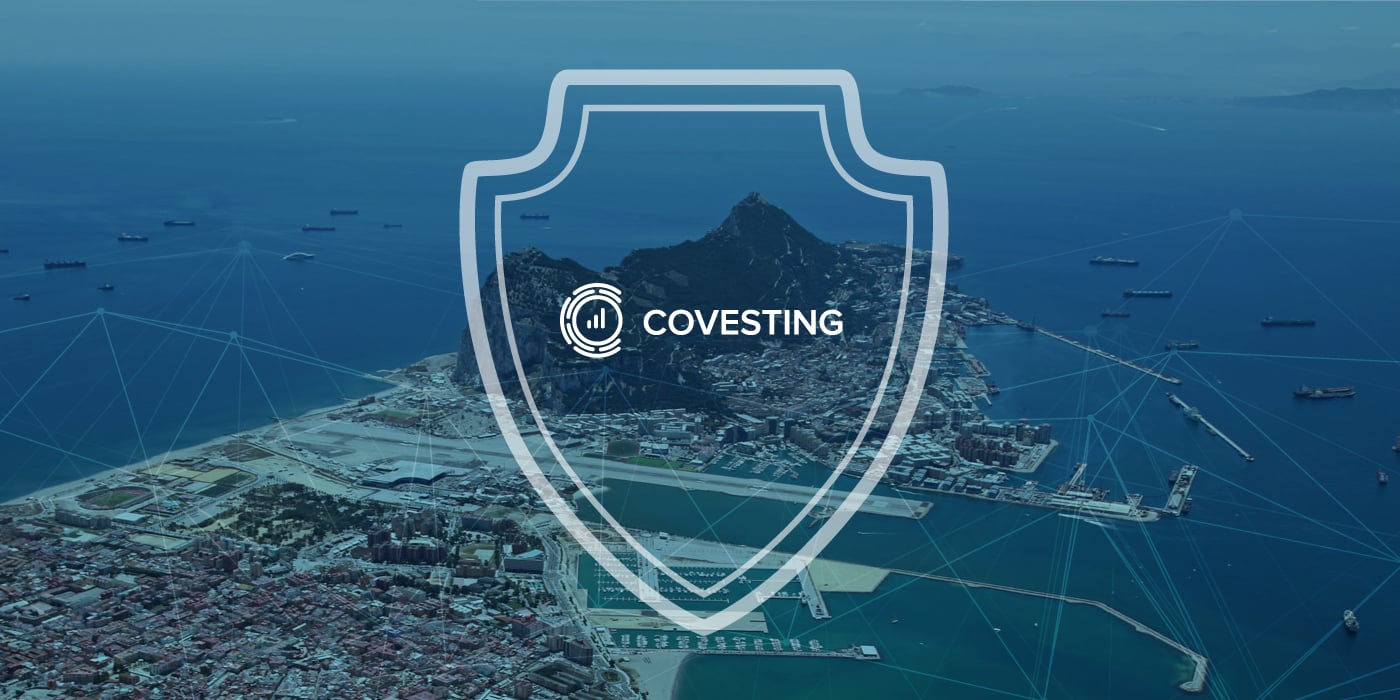 Covesting also recently announced they would be building a Crypto Intelligence Portal, a massive online knowledge base for everything crypto. The knowledge base is slated to contain video tutorials and lessons on cryptocurrency and trading, market news, a community forum, and market analysis from traders and news feeds from carefully chosen sources.

In order to develop the platform within the shortest period of time, Covesting’s team has decided to go for Initial Coin Offering (ICO). The Covesting ICO has already gone through a third-party audit, by Verified ICOs where Covesting was a featured ICO.

https://t.co/rIGPB6xNmn❗️MVP is now LIVE❗️ You will not need to register, our MVP version is meant to showcase our beautiful UI, and give you a glimpse of what the experience will be like. Currently we are working to build the platform’s backend, and APIs with exchanges! pic.twitter.com/W7uQqKiief

The ICO started at 13:00 GMT today on November 24, and run for one month, ending on December 24. The ICO is expected to attract more investors than the pre-ICO following the recent launch of their MVP.

Speaking earlier this month about the group’s MVP capabilities, Mr. Pruglo explained, “The MVP development phase has gone well in line with our expectations. We are creating a really cool product for investors and traders. By continuously adding features, building a strong community, and aggregating data, Covesting is about to become a leading blockchain based peer-2-peer asset management and trading platform for cryptocurrency markets.” 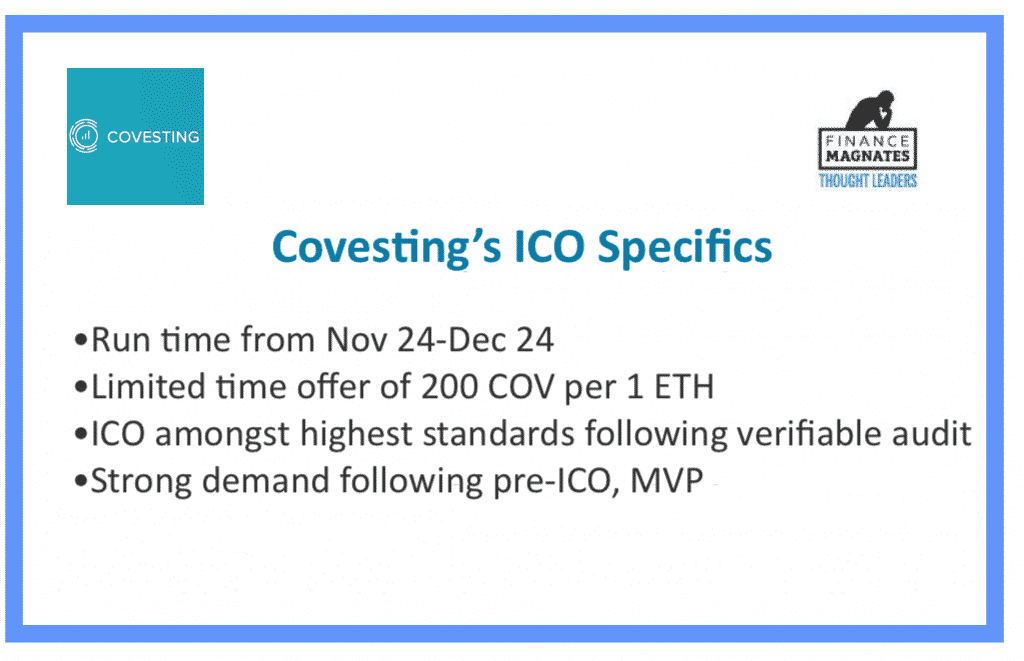 Their MVP is designed to give investors and traders an early glimpse of the Covesting experience. Their community has responded very positively following the initial release of their MVP, which was delivered as promised, in between the pre and public ICOs.

A rate of 200 COV per 1 ETH will be the highest return for investors and is only available for the first 5,000 ETH contributed to the ICO. Investors are encouraged to invest early to receive the best rate.