As Greece teeters on the brink of another loan default, its major creditors are once again at an impasse over how best to deal with the country’s already sizeable debt and bailout programme.

With the IMF arguing that the bailout solution, as it stands, is untenable, the EU has dug in and contends that there can be no solution unless Greece agrees to more austerity measures and the IMF takes a formal role in the country’s debt solution.

Meanwhile, Greece has stated that it will refuse to implement more austerity measures that would target some of the government’s social initiatives, including pensions, in favor of dealing with bad debt.

According to leaked IMF reports, the organization believes that Greece’s debt problem could become “explosive” over the long-term if left unaided, and the EU’s view on the matter is too optimistic.

The EU, on the other hand, is faced with a problem as its two largest backers face electoral challenges from parties that would prefer them to be less involved in the matter. On the whole, Greece is once again pushed to the edge of a potentially catastrophic default as its creditors lock horns over financial duties.

Greece has reportedly admitted that a majority of conditions required to unlock the next tranche of its bailout from the EU and the IMF have not been met, setting up the country for yet another debt crisis in less than ten years.

The government has been in contact with its European creditors, who have stated that Greece’s proposed actions are not enough and are prepared to withhold funding until Athens agrees to implement further austerity measures to close its fiscal gap.

Greece’s debt of 180% of current GDP is “unsustainable”

The IMF has argued that the bailout plan as it stands is unsustainable, as Greece’s debt, which is currently at 180% of current GDP, is only set to rise as officials resist the EU’s demands of further austerity in order to bridge the debt gap.

The EU has been hesitant to release the entirety of the funds promised in the bailout agreement unless the IMF joins formally, and Greece meets the requirements set forth in the agreement.

The IMF has repeatedly argued that the country’s debt must be restructured, and include a “haircut” in order to become sustainable.

Granting Greece relieves is likely to be an unpopular political move

The situation for the EU is further complicated by their insistence that the IMF participate, as per the original agreement, and by domestic pressures in several Euro Area member states.

Many governments are facing mounting challenges from nationalist, anti-EU parties that would prefer to pull out of such commitments. As such, any agreement that grants Greece any relief is likely to be an unpopular political move at a time of extreme sensitivity to the growing populist backlash.

While a quick resolution of the present scenario is likely considering Europe wants to spend more time focusing on the bigger looming issue which is containing the implications of “Brexit,” Greece will still be stuck within a rock and a hard place.

No debt relief combined with deepened austerity measures will invariably conspire to hurt any future prospects for a lasting economic recovery in the country.

If anything, the worsening political and economic crises are likely to sink the present government, paving the way for early elections which could deepen the chaos.  However, a potential exit strategy has been outlined by none other than ECB President Mario Draghi. 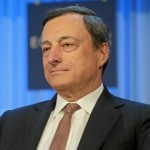 According to the head of the European Central Bank, EMU members can potentially exit from the currency union by paying down their Target2 deficits.

The Target2 system, which basically is a balance of payments system that exists for members of the Euro Area, is one of the primary problems facing Greece considering their climbing liabilities thanks to incessant bailouts.

Considering this is a markedly different tone than Draghi’s traditional “do whatever it takes” attitude, it could signal that more threats to Euro Area unity are catalyzing, especially in Italy.

For Greece, the lack of agreement between the IMF and the Eurogroup will be enough to keep the country in a chaotic place for the months and years to come.  With further austerity already an extremely unpopular idea amongst the citizenry and anger towards the government growing, further indebtedness is not the answer.

If anything, a worsening standoff is likely on the approach as each party seeks to fulfill its own best interests.  Germany will not agree to haircuts, the IMF will not participate without relief, and Greece is unwilling to compromise on additional budget cuts.

With no clear way out, the path towards a default for Greece is becoming clearer at a time when the Euro Area can ill-afford a crisis of confidence.  Without a clear solution and compromise from all parties involved, Greece will only be limping from bailout to bailout in the years to come if the technocrats in Brussels only agree to periodic stop-gaps.

In the crosshairs is the Euro and the future of the currency, which could find itself under renewed pressure if anti-Euro sentiment makes a comeback.  Stuck between the proverbial rock and a hard place, at the end of the day, the people who will really feel the impact of the growing political intransigence are the Greeks.

This article was written by Idan Levitov, VP trading for anyoption.com. Read more by Anyoption here.

Share this article
Tags: EUR/USD / greece
Got a news tip? Let Us Know