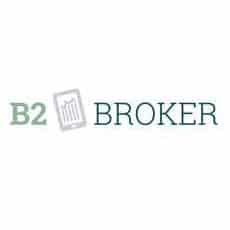 B2BX project – the first aggregator of cryptocurrency liquidity – has become one of the most successful ICO projects launched this fall. Within just ten days, the team has managed to gain €1.0 million, while finishing the round two days before the end of closing its sales. In total, the project has already raised over €6.0 million and is getting ready for a hard cap in €25.0 million.

Artur Azizov, the CEO and the founder of B2BX and B2Broker spoke with Finance Magnates about the team’s ability to reach such levels, as well as what they have learned from the funding rounds constitutes a success in terms of an ICO.

ICOs are a ‘red ocean’

There presently is huge competition across the ICO market. According to Mr. Azizov, “we got into a red ocean: more and more ICO-projects enter the market every day. And the main goal of at least half of them – just to make money, not to start an active business – however, they draw attention of the audience that is the same for those who enter the market.”

Indeed, “it’s hard to compete with projects that were launched a few months prior to us. Following the hype and the mass hysteria some of them managed to receive several hundred million dollars, without even a working prototype – just because there was a lack of ICO at the market, and users didn’t learn how to distinguish fraud from real business.”

Many groups have found it difficult to deal with the growing competition. As such, “we’re based on our product and the background we reached ICO with. We’re a working business with a good record and we’ve been developing financial software for a long time. Unlike many ICOs, our company was not created yesterday and our product is fully operative,” explained Mr. Azizov.

For B2BX’s part, the group’s aggregator has connected fifteen customers already, including major players of the industry that also helps its reputation. This includes an office, where the team actively participates in exhibitions and events. Such interaction is instrumental for investors as B2BX’s team can personally answer any questions or queries.

According to Mr. Azizov, “the most popular question from investors is how to buy tokens. Despite the fact the instruction can be found almost everywhere: at the website, in social networks, in our videos.” This ambiguity surrounding token purchasing seems somewhat odd given ICOs, including B2BX’s provides all these details in its white paper.

Success is not measured by the amount of gained finances

ICOs have had highly variable levels of success since their rapid rise across the industry. In terms of B2BX, “it’s not correct for me to say that we’re leaders of the market. There are dozens of ICO that gained money much faster than we did. However we’re moving within our plan and we don’t forget our main business – we always communicate with customers, we’re creating extra tricks to make token more attractive, we held advertising campaigns and so on,” explained Mr. Azizov.

Ultimately, “people often ask us – why are we gaining money so slowly, if the product is interesting and useful for the industry. Yes, we didn’t close ICO in a few hours, but our product is quite complicated from a technological point of view,” reiterated Mr. Azizov.

First and foremost, the stage of pre-ICOs cannot be considered a success in and of itself: B2BX achieved the exact amount that they were planning at the pre-sale stage, i.e. €1.0 million. That being said, the project did manage to close this cap in two days before the expiration. Its soft cap, that was set at €5.0 million, was reached rapidly as well, with its next goal now being set for €25.0 million hard cap.

However, the main criterion for success is not simply the amount of received money, but rather B2BX’s overall road map and project results. “Our real achievement will be to connect at least 200 broker companies to the B2BX aggregator, while the price of the token will increase by ten fold,” noted Mr. Azizov. 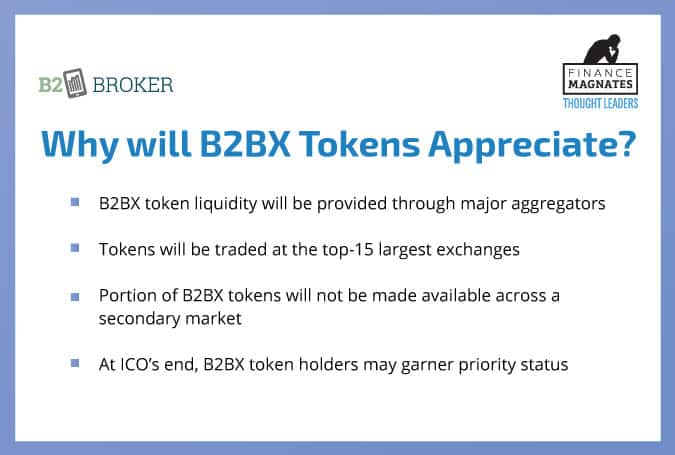 Every project gives scope for perspective and reflection with B2BX being no exception. According to Mr. Azizov, “the main lesson that we learned is that the truth is often not enough for people. It is not enough for them to hear we’re a working business, that we’re not a small timer, that we know how to make tokens liquid. It seems that they want to hear sweet lies about huge price for tokens in the nearest future.”

Rather, “one should always consider resources. Now we have the same team involved in the ICO project, as well as in other projects of the company. Employees are nearly torn between them. Obviously there shall be a team that will deal with ICO only.”

Given investors have a plethora of ICOs to choose from, it is very important to make advertising campaigns and incentive programs, given individuals’ affinity for free things. Following B2BX’s distribution of some free tokens at a couple of events, the initial feedback was a lot of question such as how soon tokens will be added and where they’re going to be traded after ICO.

We have great news for those who has signed up in the period until last week!
Check your mails, you will find an interesting letter ? pic.twitter.com/dkDuPC0Lp6

At the cutting edge of cryptocurrency market

However, “the market is made this way: as soon as a successful product is launched, someone starts to copy it or even tries to steal ideas. For example, recently I saw a website of a new provider of technological services for brokers that was copied from our website about personal account, including content and design. And the level of the product itself is beyond any comments.”

The growth of the market is inevitably followed by such realities. Companies that cannot even launch successful Forex brokerages with complete tooling try to create their own crypto brokerages. “We’re going to maintain our positions thanks to high-quality product, multilingual 24/7 service and cost-effective prices,” added Mr. Azizov.