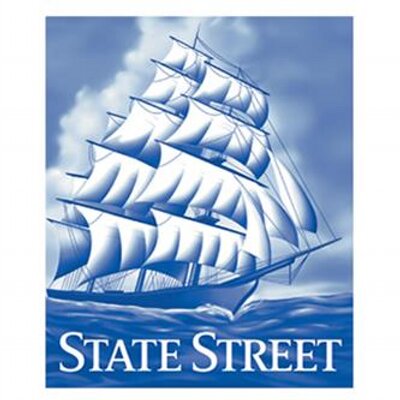 One of the world’s largest financial banking institutes has reported its third-quarter earnings. The financial services company saw strong revenue growth of $2.58 billion, an increase in figures reported a year earlier. In addition, the firm saw an uptake in its FX trading revenues from YoY figures taking it to $161 million. The overall figures are in line with industry peers and highlight the power of volatility in driving activity and income.

The firm’s chairman, president and chief executive officer, Joseph L. Hooley, spoke about the company’s earnings in a statement, he said: “Our third-quarter results demonstrated good growth in asset servicing and asset management fees, which together were up 9 percent from the third-quarter of 2013, reflecting improved equity markets and new business. Our market-driven revenues also performed well in a traditionally seasonally slow quarter.

We won new business commitments of $302 billion of assets to be serviced and had $3 billion of net new assets to be managed during the quarter demonstrating the continued strength of our business.”

In its official notification, the company outlined income and revenue from all of its key divisions, its FX trading revenues were up to $161 million from $144 million in the second quarter of this year, thus showing an uptake of 11.8%. The firm also saw an increase of 9% on a year-on-year basis, with revenues reaching $147 million in 2013.

At the same time, the bank reported its income from its brokerage business. It reported that from brokerage and other fees it earned $117 million in the third-quarter of 2014, with figures generally flat both on a QOQ and YoY basis.

State Street is one of the major providers in the institutional FX space, the firm operates two leading mutli-dealer trading platforms, Currenex and FX Connect.

Mr. Hooley added: “Despite the current challenges we face from low interest rates, we have leveraged our strong market positions and capabilities to generate profitable top-line growth.”

State Street, along with other leading custodian banks, has been scarred with the post recession bank pension disputes, which saw the bank face regulatory investigations and possible litigation. The banks were blamed by their clients for overcharging them on FX transaction fees. The US securities watchdog, the SEC, has investigated the matter.

In its latest earnings report, State Street mentioned that it included a $53 million charge relating to its FX investigations. The report stated: “We announced a $53 million net after-tax third-quarter 2014 charge (due to a $70 million pre-tax legal accrual recorded in that quarter) reflecting our intention to seek to resolve some, but not all, of the outstanding and potential claims arising out of our indirect FX client activities. We have reported on these matters in our previous public filings with the SEC.

With respect to that legal accrual: (1) we are engaged in discussions with some, but not all, of the governmental agencies and civil litigants that we have described in connection with these matters regarding potential settlements of their outstanding or potential claims; (2) there can be no assurance that we will reach a settlement in any of these matters, that the cost of such settlements would not materially exceed such accrual, or that other claims will not be asserted; and (3) we do not currently intend to seek to negotiate settlements with respect to all outstanding and potential claims, and our current efforts, even if successful, will address only a portion of our potential material legal exposure arising out of our indirect FX client activities.”

The banks vs. pension fund fiasco brought light to the importance of transaction cost analysis, since the cases have come to light, banks and technology providers have increased their spending and development on ensuring systems and platforms are able to record, monitor and report on the exact price firms are paying for their FX transactions.

Share this article
Tags: sec / Settlements
Got a news tip? Let Us Know