These figures represent an increment of $1.1 billion in terms of average daily volumes when compared with last month’s $28.7 billion, and signify an overall steady upward direction for Hotspot FX as the year heads into its final quarter, alongside similar performances across other participants within the interbank ECN segment such as those of Thomson Reuters and EBS, which has this week announced the launch of its commercial service.

KCG Hotspot FX market share hit an all-time record high, accounting for 14.6% of publicly reported spot FX volume in October 2013. Month-over-month and year-over-year ADV grew by 3.7% and 30.9% respectively, with a total dollar-value volume of  $684.4 billion for the month.

According to the firm, KCG Hotspot was the only reporting venue to post month-over-month and year-over-year growth, while all other venues saw a continuing decline.

A point of interest will be the impact on revenues and results the $128 million non-cash investment made by GETCO in KCG Holdings will have on future accounting periods.

Interbank liquidity has recently been a matter for discussion among industry participants on the Forex Magnates Meet The Experts Forum. 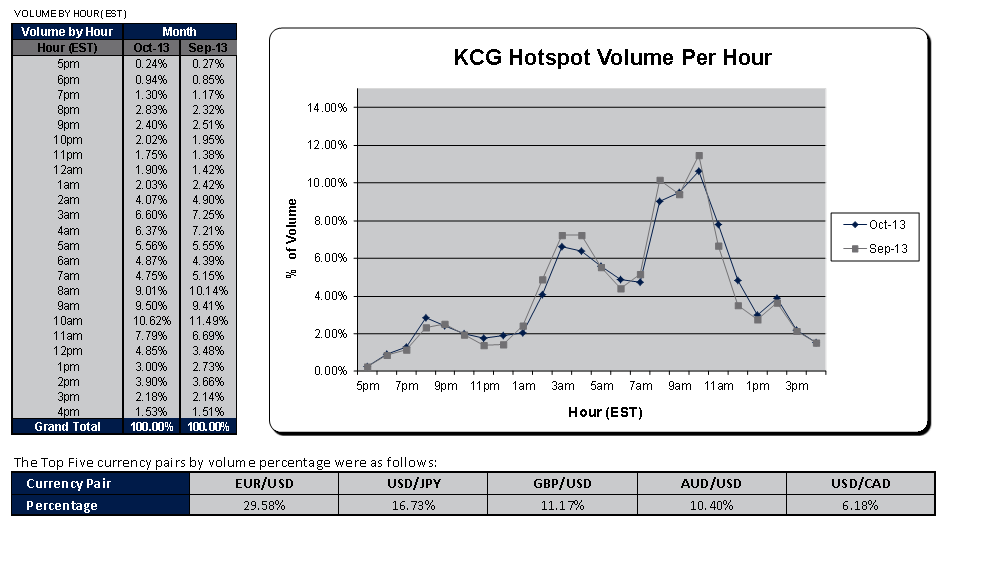