ICAP today released its electronic broking volumes for May 2014. At EBS, the electronic brokering system operated by ICAP, volumes increased by 7% to $73.5 billion during the month.

The results look like a small but positive rebound when compared to the prior month, as April’s totals stood at just $68.5 billion following a 23% drop, as reported by Forex Magnates. On a yearly comparison basis however, the volumes of May 2014 paint a bleaker picture as they are down by a considerable 42% from the same month last year.

The increased euro volatility has most likely helped to drive up the volumes throughout the month of May for EBS, without which the downward trend in volumes might have continued. The same cannot be said about Japanese brokerages which have reported continued declines in volumes as the Japanese yen remained range-bound to the USD. 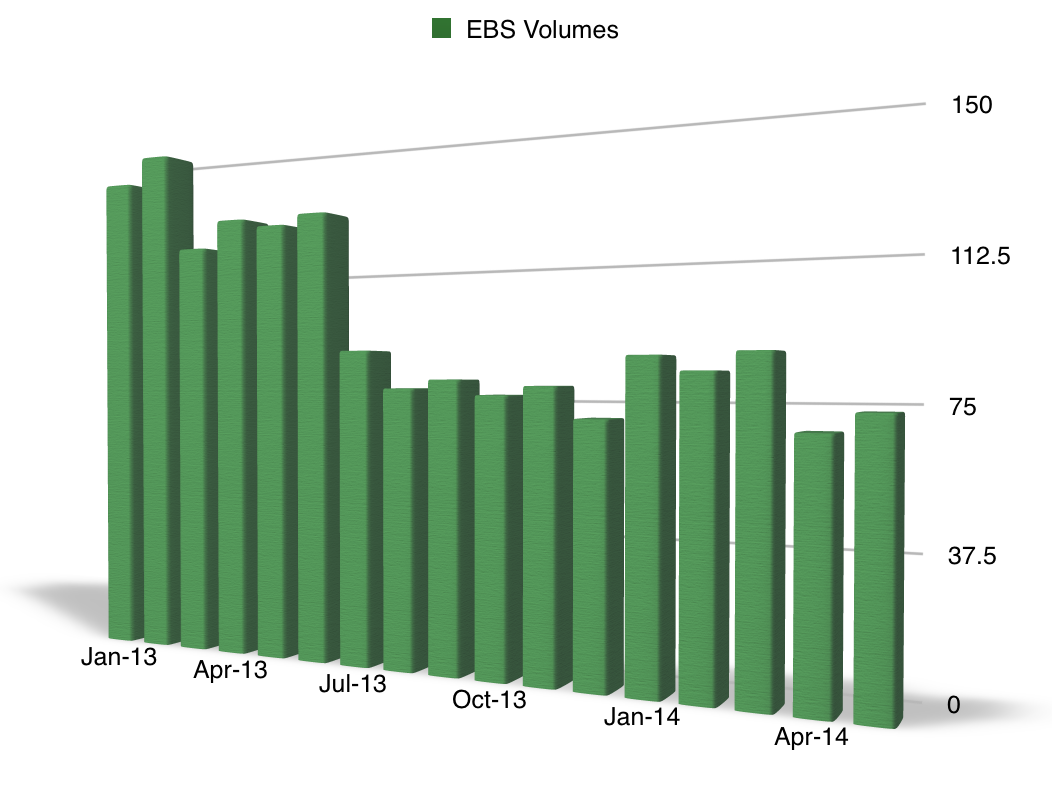 A copy of reported volumes, including across the platforms treasury and repo’s electronic business can be seen in the graphic below, excerpted from the official EBS announcement from ICAP: