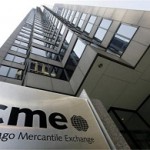 The CME Group announced its intentions to launch two AUD denominated Wheat Swaps today. The proposed products that are pending CFTC approval are Chicago Soft Red Winter (SRW) and KC Hard Red Winter (HRW) wheat swaps. As one of the world’s top ten growers of wheat, the new products are aimed at providing Australian farmers and exporters the ability to manage sales and hedging in their local currency.

Commenting on the news, Nelson Low, Executive Director, Commodity Products, CME Group stated in the company’s press release that “today, wheat market participants can manage their price risk through the use of our cleared, U.S. dollar-denominated OTC wheat swaps based on the deep, liquid CBOT and KCBT global wheat futures benchmarks These new Australian dollar-denominated swaps will enable producers, exporters and other Australian wheat market participants to manage their wheat market exposure in local currency instead of U.S. dollars. Additionally, commercial wheat participants will now have greater flexibility to manage counterparty risk through these cleared OTC swaps.”

While on the surface the announcement isn’t much of a big deal, and Australian dollar denominated wheat futures are available on the local ASX. Its an interesting move on the part of the CME Group and follows a trend of dollar diversification taking place in commodity markets. In order to increase volumes and efficiency, the majority of commodity trading is dollar denominated. However, due to currency risks, conversion costs, as well as the opening of more global markets, commodity producers have taken a greater interest in dealing with multiple currencies.

In terms of dollar based trading, nowhere is the greenback’s supremacy seen more than in the Crude Oil markets, where the advent of the petrodollar system has led to cross-border sales of oil to be conducted in dollars, with the exception of the Iranian Oil Bourse (IOB). The long term effects of petrodollars is that it has led to constant need for dollars which many economists in turn believe has allowed the US to engage in long- term monetary easing. As a result, whenever there has been talk about dropping the petrodollar system or opening it up, it has led to political debates. The IOB’s launch of non-USD denominated crude oil sales in 2007 itself caused many to believe it would lead to a divisive conflict between the US and Iran.

As such, it’s worth watching how the CME’s proposed AUD Wheat products play out and whether it will receive CFTC approval. The exchange already does offer Brent Oil futures denominated in euros; thereby paving a precedent for non-USD commodities. In terms of future products, such as crude oil or whether the CME Group’s upcoming launch of a London based exchange will lead to more non-USD denominated products, Chris Grams, Director, Corporate Communications, CME Group told Forex Magnates that there were no specific plans other than “we consistently review all our products to ensure they are denominated in the most appropriate currency or currencies.” Grams added that the current AUD denominated wheat swaps were based on “response to demand from Australian customers who wanted a cleared OTC solution for managing their wheat price risk in their local currency instead of U.S. dollars.”

Share this article
Tags: CFTC / futures
Got a news tip? Let Us Know