Saudi Arabia, the most populous nation in the GCC and the region’s largest economy, has benefited from the energy sector since traces of oil were first discovered over half a century ago. However, with renewable energy in the future, the Kingdom has started to explore new ways to sustain its economy. The country’s financial regulator, the Capital Markets Authority (CMA), has stated that it will open up the restricted Saudi Arabian stock market to foreign investors. A move that is expected to boost the country’s economy and initiate the move away from the energy sector. In addition, the advent of global investors are expected to upgrade the entire financial markets landscape where innovative products such as FX and CFD derivatives are widely traded.

The GCC’s largest and most liquid stock market has a market capitalisation of $530 billion, a value that puts it on par with Russia’s MICEX and a figure that is greater than the combined value of all GCC nations. The Saudi stock market has been offering promising returns to investors, with companies such as SABIC and Aramco listed on the bourse, non-resident investors are keen to soak up the opportunities the market offers.

“It’s better to be late then never!” explained one Riyadh-based fund manager, “The exchange has been slow to develop its products, we desperately need to compete on a global scale, the opening-up to foreign investors will allow the exchange to keep up to date.”

Saudi Arabia has fast become a strong nation for OTC derivatives. FX trading was first introduced over a decade ago when education providers such as Arabic Trader introduced offerings from brokers such as FX Solutions. However, since the sharp moves seen in 2008 in the price of crude oil, several Saudi Arabian investors have shifted their interest into global markets such as currencies and commodity CFDs from the local stock market.

The latest news is welcomed by participants on the exchange-traded and OTC markets. Asif Rafique, a Dubai-based currency trader, explained to Forex Magnates: “Saudi investors always have to come outside their home market to access global markets, the news of foreign investors entering will strengthen the domestic environment and create opportunities for new products to be added.”

The Saudi financial regulator has placed a number of barriers for overseas investors, up until 2008, foreign investors were allowed to invest in domestic equities through mutual funds, this rule was extended to include swap agreements with registered firms.

FX is not a recognised asset class by the CMA, however, firms who hold central bank authorisation from other GCC nations are exempt from local regulations. A number of brokers have established offices in the Kingdom, either through passporting their existing GCC license or working with local training companies as introducers. In 2012, a local FX trader, Adil Malik, was interviewed on national TV, promoting the advantages of FX trading, with a particular focus on homemakers who can trade from their personal computer or through their mobile phone.

An annual education event, the Saudi Money Expo, now in its fourth year, takes place in the country dedicated to the promotion of FX and CFDs, aiding the growth of the margin FX industry.

The world’s largest oil exporting nation has a limited selection of financial instruments listed on the bourse, despite being the largest OPEC member for crude exports, domestic firms have no instruments to hedge or manage risk in commodities. Saudi Arabian oil and petroleum giant, Aramco, was reported to have established a derivatives trading unit in 2012.

The CMA is expected to enter into talks with overseas exchanges to build its domestic commodity derivatives markets, an initiative that should gain traction once the market opens up in 2015. 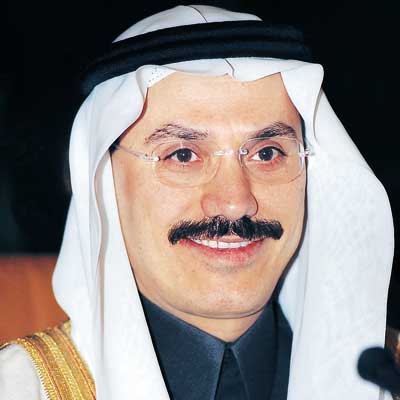 A seminar conducted on anti-money laundering and counter-terrorism financing by the International Compliance Association and the CMA highlighted the authorities’ commitment on maintaining international standards. Ahmed Al-Jasser, pictured, Director of Capital Market Institutions Supervision Department at CMA, commented in a keynote speech: “CMA seeks to enhance the culture of compliance among financial institutions as part of a long-term strategic goal to develop by-laws as well as inspection environment among financial institutions.”

Are women allowed to trade there?