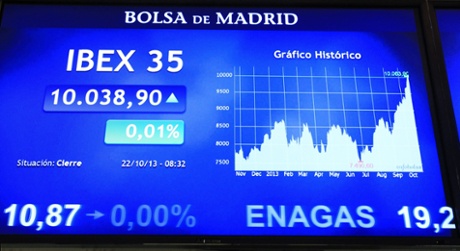 One of Europe’s worst performing major economies is seeing light at the end of the tunnel as positive data is coming out of the southern European nation. Spain’s main financial trading exchange has reported brighter than bright trading metrics for October, with trading volumes reaching a two-year high. The news comes after the central bank announced a recession free Spain after the economy grew by 0.1% between July and September.

In October, trading on BME’s derivatives market came in at 5.57 million contracts, the second best figure so far this year and up 20% from the same month in 2012.