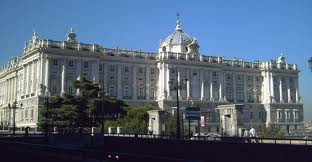 Spain and Italy, two of Europe’s largest economies have recently faced a dilemma they would rather keep under the living room rug. The two southern European giants have been ambushed with a foray of negativity affecting their economy.

However, despite the hurdles affecting growth and output, both nations have fared reasonably well in their contribution to trading activity in the margin FX and CFD sector. In Forex Magnates’ latest redesigned Quarterly Industry Report, we explore the dynamics of both Spain and Italy’s FX and CFD market.

The good news or the bad news? The bad news is Spain. The property boom witnessed post-2000 finally came to an end and the country’s main economic factors couldn’t have asked for more shock and horror. Unemployment climbed to extreme highs, deepened by the rate of jobless young people. In a similar turn of events, Italy was under the radar as the great recession of 2008 put pressure on the country’s economy which saw a major downturn during the peak years.

The good news is that both countries have an active trader base that continues to trade in derivatives.  The recession and economic gloom haven’t let the curtain fall on an industry that continues to grow, according to data from the BIS 2013 FX Survey.

Italy is home to one of Europe’s most ongoing and developed business environment for FX trading. The market dates back to pre-2000 when the first electronic trading platforms were being rolled out. Development of financial instruments and their heightened accessibility assisted Italian traders, who have traditionally been equity investors, in reaching new directions.

In the report we examine the leading brokers in Italy, the number of traders, their volume and the most popular traded instruments. The fundamentals are backing Italy, with a large number of HNWI, growing internet and smartphone users and an overall financial literacy. The sixty million plus nation remains a significant player in Europe’s e-trading market for retail and institutional traders.

Comparatively, Spain has been a recent entrant to the market with professional traders from the equity and futures markets first dipping their feet in the FX asset class. The product soon found its place in the front-line of retail investments, and now Spain has an established market with both domestic and overseas providers offering online trading services.

In the report we examine the leading brokers in Spain, the number of traders, their volume and the most popular traded instruments. The Spanish economy has been seeing a slight upturn in activity, and a positive sentiment will definitely be welcomed by the investment community. With traders’ growing appreciation of new products, in the form of social and auto-trading, as well as more acceptance of margin derivatives among traditional investors, the Spanish FX and CFD market still has significant room for growth.