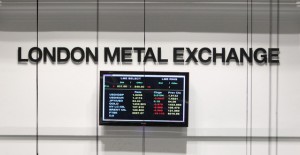 The London Metals Exchange (LME), owned by Hong Kong Exchanges and Clearing Ltd (HKEx) has been confirmed as the new ringmaster of the platinum and palladium price fixing process. The LME’s electronic order submission process is replacing the previous system of vocal conference calls conducted by 4 counter-parties, twice per day. A similar conference call method is used to ‘fix’ Gold prices and was previously used to set Silver prices until July of this year when the CME Group and Thomson Reuters won a tender to shift Silver benchmarking onto electronic platforms.

After going through a Request-For-Proposal (RFP) process begun in July 2014 by the ‘tongue-twistingly’ named ‘London Platinum and Palladium Fixing Company Limited’ (LPPFCL), the LME was deemed to have the best-and-final offer. Currently, the LPPFCL is comprised of 4 large financial juggernauts (BASF Metals, Goldman Sachs, HSBC Holdings and Standard Bank) that conduct the benchmarking by contributing quotes as part of the daily fixing of platinum and palladium prices.

The same modus operandi is used to fix gold prices each day. However, given the market manipulation revelations that have revealed market abusive behaviour in almost all benchmarks including interest rates (LIBOR), Foreign Exchange (London 4pm fix), interest-rate swaps (ISDAfix) and metals (Gold and Silver fixes), the decision was made to shift responsibility for platinum and palladium from the LPPFCL to a third party. The LBMA’s ‘old-boy’ styled system of conference calls, nods and winks is gradually entering the digital age, one commodity at a time.

According to LME Head of Business Development, Matthew Chamberlain in an interview with Reuters, “The new pricing process will be run via bespoke platform LMEbullion, which is an electronic version of the current round-by-round fixing process”. Adding, “It was fairly clear that what the banks wanted was the electronic version of what happens at the moment but with the addition of a lot of audit and reporting and compliance features”.

The digitised bidding and order process facilitated by LMEbullion will give participants greater flexibility in how they submit their bids and offers by allowing pauses to recalculate overall interest, multiple opportunities to amend orders and more clarity of what other participants are doing.

In a press-release, the trading venue said its custom-built electronic solution, LMEbullion, will “provide a pricing methodology that fully meets the administrative and regulatory needs of market participants including the IOSCO Principles for Financial Benchmarks”.

To maximise participation in the London pricing mechanism, the LME plans to “introduce a cleared platinum and palladium service, which will mitigate the difficulty associated with participants taking bilateral credit risk in positions”.

LME Clear, launched on 22nd September 2014, was built specifically to enable efficient clearing of metals exposures and will extend its existing precious metals clearing functionality to clear platinum and palladium.

Judging a Book by Its Pages

HKEx and its merry band of subsidiaries; LME Holding Limited and LME Clear are currently embroiled in a litany of court cases, all at various stages of deployment by disgruntled metals consumers from across the globe.

On the aluminium front, HKEx was recently accused of “unlawful linking of load-in and load-out rates at aluminium warehouses” in over 700 locations globally in the British High Court. The world’s largest aluminium firm, Rusal won a legal case which was recently reversed on appeal by HKEx. The Court of Appeal denied Rusal leave to appeal, although Forex Magnates understands that the company is in the process of approaching Britain’s Supreme Court directly to gain permission to overturn the ruling.

Various aluminium consumers have complained that Wall Street banks, including Goldman Sachs and major commodity merchants like Glencore Plc currently engage in the lucrative practise of building up aluminium stocks, charging rent to store the metal and delivering it only at a limited rate.

You Can’t Help But Wonder

With such flagrancy again in plain view, it wouldn’t be surprising if inventory information was shared and used to anticipate aluminium price fluctuations. Aluminium price manipulation amongst a select few oligopolised market participants is not a far cry from FX, LIBOR, ISDAfix, Mortgages and Equities. Many other markets have been plied to far greater degrees. If rigging works in one market it makes one wonder whether similar techniques were not used to derive a winning strategy in other markets too.

Over in the United States, HKEx and its merry band of subsidiaries were named as co-defendants in class action lawsuits regarding alleged “anti-competitive and monopolistic behaviour in connection with aluminium metal warehousing” last year. In August 2014, the LME avoided all charges and alleged claims on “sovereign immunity grounds”. As they say, innocent until proven guilty – in this case it seems the LME is innocent because guilt was not an option on sovereign immunity grounds. Therefore the LME does not operate monopolistically in aluminium warehousing. Sovereign immunity status is the equivalent of holy water in the financial markets.

With HKEx and its troop of trading venues embroiled in several metals court cases, the case for LME taking over responsibility from the LPPFCL could not be more shaky.

If inferencing from the impact of digital platforms on trading activity such as open-outcry pits and telephone trading, the digitisation of the benchmarking process opens the door for computerised features that allow for automation and synchronisation with other parts of the participant’s wider business. CFO’s and Risk Managers are likely to rejoice.

However, with any wholesale change, there could  be drawbacks as well as advantages.  Although digital platforms offer a host of logistical features, they also help a potential market manipulator to distance themselves from the actual manipulative behaviour. Whereas conference calls have witnesses and recorded statements, digital platforms can be automated and any collusive behaviour blamed on faulty circuits. Just recently, the Australian regulator, ASIC published its concerns regarding exponential technological innovation and the digitisation of financial services in a Strategic Outlook.

One of the major reasons for moving various benchmark processes to digital platforms was to curb existing or future potential price fixing. Market manipulation will presumably be avoided by delegating the majority of the process to automated algorithms which are tamper proof to be sure. It is the seeming assumption of regulators that bankers are able to exchange sensitive information via chat rooms but not sophisticated enough to collaborate on a slice of computer code.

LMEbullion is at an advanced stage of development and will be ready for live operation on 1st December 2014 according to the LME.

Does going digital reduce the propensity for market manipulation? The answer it seems is maybe. Any tool can be used in the right or the wrong way. If the LME’s systems are implemented with an honest intention, the outcome will be greater transparency and better price clarity in metals markets given that technology facilitates it.

On the other hand, if systems are used with a dishonest intention, market manipulation becomes easier and harder to trace with digital platforms given that technology facilitates it. To contrast a comparative parallel, pro-gun advocates say guns don’t kill people, people do. Likewise, one could argue that in financial markets, it’s not technology that distorts/clarifies markets, people do.

There will often be times when a non-standard situation occurs that leads to illiquid market conditions in metals markets. In such cases, the current fixing process as prescribed by the LPPFCL and LPPM proposes: “Where there is no market, [the opening price will be] where the Chair reasonably perceives the market price to be.  The Chair will identify the level of the opening price at all times by exercising his/her expert judgement in good faith”.

For the time being, until the LME formally takes over administration of platinum and palladium fixing later this year, palladium and platinum market participants must to some extent rely on the good old-fashioned human touch.