LMAX Exchange has been ranked the UK’s sixth fastest growing technology company in the 2015 Sunday Times Tech Track 100 league table. This is the third consecutive year (#1 in 2014 and #15 in 2013) that the company has featured on the list based on annual sales growth.

Since its launch in 2010, LMAX Exchange has positioned itself as leading the phase of market transformation toward greater fairness and transparency, promising technology that disrupts legacy practices. This March, the firm launched LMAX Prime to fill the prime brokerage space created by existing players scaling back their businesses following ‘Black Thursday’.

David Mercer, CEO of LMAX Exchange, commented on the accolade: “LMAX Exchange has consolidated its leading position in Britain’s fintech sector, pushing standards for global transparency at a time when the FX market has needed it most.

Inclusion in the Sunday Times Tech Track 100 is recognition of both the company’s success and the appetite for technology innovation that creates a more transparent, fairer and level playing field within the industry.

LMAX Exchange is Britain’s greatest fintech success story. What we have created is not just a company that is profitable and rapidly growing, but a blueprint for global transparency that is driving long term disruption in the largest asset class in the world.”

Online trading firms are receiving more attention recently due to their fast growth capabilities. Only yesterday, it was reported that Fortune magazine has added GAIN Capital to its 100 Fastest Growing Companies list for the first time. The brokerage is ranked at number 44 on the American 2015 list, the 19th annual such ranking of public U.S companies. 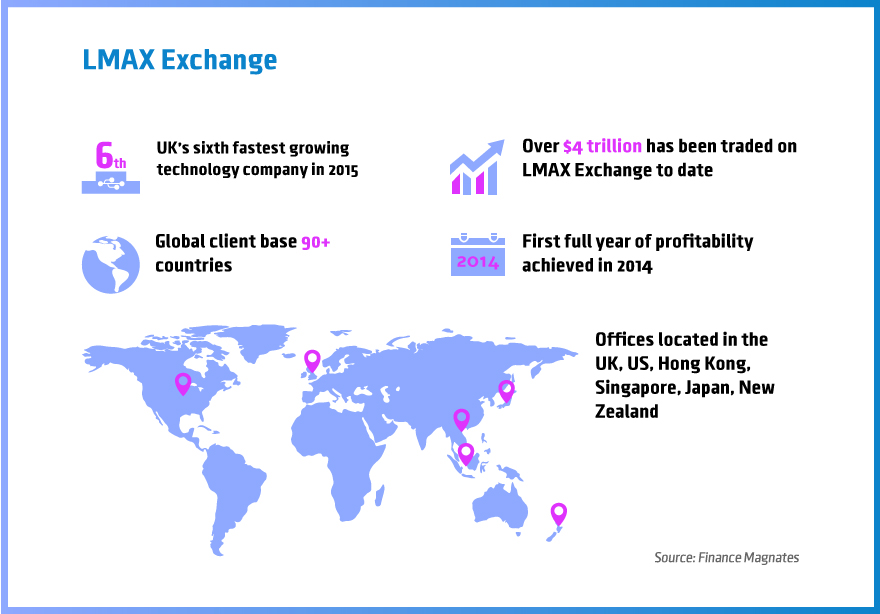