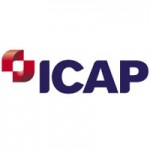 Following a multi-month investigation into ICAP for fixing yen-Libor interest rates, the European Commission (EC) has announced today that it is fining the interdealer and post trade services firm £11.3 million. The issuance of a fine adds to previous settlements ICAP Europe finalized with the FCA and CFTC in September 2013.

Following the EC’s decision, ICAP has announced that it will challenge the fine, stating publicly that “ICAP does not accept the EC’s decision, which it believes is wrong both in fact and in law.” According to the firm, they believe that the yen-Libor matter is a regulatory one which has already been settled outside of the EC’s jurisdiction as it isn’t a “competition issue.”

ICAP’s response follows earlier announcements that the firm made in June 2014, claiming that they didn’t break any EU laws. At the time, ICAP made it public that they had received a Statement of Objections from the EC, adding that they didn’t believe that they broke any laws and that they “will defend [themselves] against these allegations vigorously.”

The investigations stem from allegations that ICAP had acted as a facilitator to banks for their role in fixing yen-Libor rates, and thus would fall under breaches of EU competition law.

Share this article
Tags: icap / interdealer
Got a news tip? Let Us Know