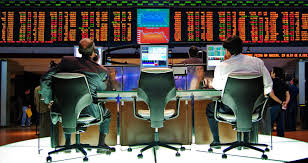 Globalization is critical to every aspect of modern finance, and the executing venues are no different. With emerging markets following in the footsteps of their bigger brothers, an increasing number of developing exchanges are opting for tried, tested and in-house production technology from veteran developed exchanges.

Trading volumes in emerging market asset classes are the key driving factors behind the life-changing business models that emerging markets are embracing. According to the BIS 2013 Survey, emerging market currencies (EMFX) have gradually increased their daily trading volumes over the last thirteen years. This is mainly due to the fact that investors on both sides of the spectrum, domestic and international, can access world markets via the click of a button. Emerging market exchanges are right on track and are seizing this new opportunity that separates the men from the boys. On the whole, emerging exchanges are new to the world of electronic trading which was introduced by NASDAQ in the 70‘s, and their needs are very simple. Although the old open Ecry methods of dealing are mostly history, local venues are pushing hard to compete at the highest level to ensure they are validated by their regional peers and that they are serious contenders.

The world’s largest venues, on their part, are happy to form global partnerships and export their trading infrastructure. Leading bourses have been repackaging their in-house technology and ‘reselling’ their systems to trading venues in emerging market countries, a trend that continues to grow with exchanges signing technology agreements in a bid to bolster their position. In June, NASDAQ OMX reported that the Philippines Exchange had selected its Xtreme trading system for clearing and market surveillance. Emerging market exchanges have the advantage of picking and choosing the best solutions from each provider to build their advanced trading terminal. By using a number of providers with know-how in various areas, they are actually sending out the right message to the trading community. In addition, global traders familiar with one exchange tech aspect say at exchange X, can immediately associate themselves with exchange Y, thus reducing trade barriers.

Other exchanges however, have opted for full integration. Deutsche Borse’s trading technology, Xetra, is used by several exchanges across the globe – the Viennese and the Irish exchanges have been using it for over a decade and Hungary’s Budapest Exchange started in 2013. Industry reports show that trading volumes in emerging markets such as Africa and LATAM are gradually picking up, while Asia has positioned itself as a developed region. The implementation of a developed trading infrastructure is having a direct impact on liquidity and trading volumes at emerging exchanges. Global traders are always on the lookout for new opportunities as asset classes are highly correlated. The graphs highlight this central theme where exchange infrastructure and activity are directly linked.

An additional arena for such cooperation is in North Africa, a region that encompasses the best of Europe and the Middle East and drives economic growth in the continent. The Forex Magnates Q2 QIR report indicates that North Africa is perceived as an attractive market for FX brokers as it offers firm new opportunities in a relatively untouched market. The Casablanca Exchange, one of the continent’s most liquid and established trading venues, linked up with London Stock Exchange in June this year, thus sending out a clear signal that the Moroccan exchange aims to strengthen its position in the region. Details of the partnership state that the London Stock Exchange’s (LSEG) technology unit, MillenniumIT, will share its expertise on the full exchange business chain, from listing to trading, as well as from clearing to settlement and custody.

Morocco has been consistently developing its economy over the last decade, and has positioned itself as Africa’s gateway to Europe via its advantageous location. The Casablanca Stock Exchange’s ongoing developments with developed players support the venue’s vision of regional dominance and attracting investor inflows. According to the exchange, foreign investors have ramped up their ownership to 27% from less than 20% five years ago.

Despite having the best solutions, emerging market exchanges are weary of the many issues they have to face in the era of e-trading. Regardless of the size or know-how of the exchange, its technology is not immune to outages, glitches and system failures.

In February 2011, a technology glitch disrupted trading on the London Stock Exchange. Another crucial incident affected leading options exchange, CBOE, in April last year. A software problem disrupted the exchange, which offers trading in popular index options, and the error impacted trading for half of the day. NASDAQ OMX also experienced a tech issue in August. A problem with a U.S. data feed managed by NASDAQ OMX caused a temporary trading shutdown in over 2,700 securities for more than three hours.

Understanding the implications from a monetary and reputation perspective are key for emerging markets taking the necessary steps forward. Sooner than later, traders will appreciate the price premium on emerging market instruments: the higher the return, the higher the risk. The changing outlook of global economy is shifting to the new markets of Asia, LATAM and Africa. As emerging market countries raise their standards and provide participants with a familiar and efficient trading environment, volumes and activity will increase. However, without clear signs of technological innovation coming from these markets, developed exchanges are set to hold their dominance on the future of the financial trading sector in emerging markets, or as a senior executive at a Middle Eastern exchange put it: ‘there’s no need to reinvent the wheel’.