In an interview in January 2013 with Forex Magnates, The Dubai Gold and Commodities Exchange (DGCX)’s CEO Gary Anderson detailed the exchange’s vision for 2013, which covered the exchange’s plan for corporate growth and diversification into new contracts, technological improvements as well as discussion as to the importance of the exchange’s presence in the Middle East.

With the first quarter of 2013 now complete, the exchange can reflect on some achievements of considerable merit. In January, a record monthly volume of 1.1 million contracts was posted, a flying start that was followed closely by February’s 1.15 million contracts, mostly in the exchange’s very popular Indian rupee contract. At this point, the highest single day of trading was recorded with 82,197 contracts traded on February 28. 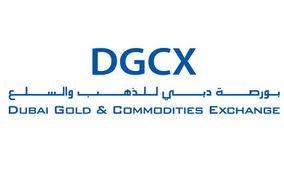 Increments in volume continued steadily, increasing to another all-time high of 83,862 contracts set on 12 April, 2013.

This is now no longer a record, as it has been surpassed this week when the DGCX achieved milestone total volumes of over 100,000 contracts in a single day for the first time.

DGCX Indian Rupee futures also registered its highest ever daily volume on Tuesday with 96,672 contracts valued at a record-breaking USD 3.5 billion. The contract has achieved sustained rapid growth over the past four years, driven by the growing international significance of the Indian Rupee and DGCX’s initiatives that have improved liquidity and on-screen spreads. The contract traded an average of over two billion dollars a day in the first quarter of 2013.