Showing that it’s not just the forex firms that are on the radars of the regulators, the CFTC charged the CME Group today for violation of disclosing of nonpublic information. In the CFTC’s claim that was filed, they are charging that the NYMEX (owned by the CME Group) and two former NYMEX employees, William Byrnes and Christopher Curtin for “ violating the Commodity Exchange Act and CFTC Regulations through the repeated disclosures of material nonpublic customer information over of period of two and one-half years to an outside commodity broker who was not authorized to receive the information.” 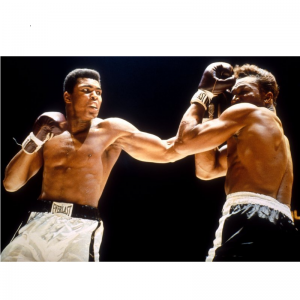 According to the CFTC, between 2008-2010 Byrnes and Curtin, who worked on the CME ClearPort Faciliation Desk had been involved with “knowingly and willfully disclosing material nonpublic information about CME NYMEX trading and customers, including about trades cleared through CME ClearPort, to a commodity broker.” Information included details of trades including participating brokers and volume size. The CFTC added that the violations were brought to attention by a different market participant.

In what was one of the fastest responses to a regulator claim, the CME Group stated that the matter had been dealt with and “handled appropriately, and involved no harm to any customer or the markets.” They added that the two employees were fired due to their actions and that the NYMEX wasn’t involved with misconduct or even charged as such. Therefore, the CME Group has claimed that “the CFTC is seeking to impose a monetary penalty against NYMEX based solely on these former employees’ improper activities, even though no customer suffered any loss and no third party obtained any improper gain.”

As the largest exchange under the CFTC’s jurisdiction, the CME Group has recently banged heads with the regulator. Responsible for the friction are impending Dodd Frank rules which require various OTC products, specifically swaps, to have a greater exchange presence. The new laws are meant to create greater oversight and counter party risk controls for the OTC dominated instruments. As the laws are expected to be beneficial to the CME Group and ICE, the exchanges have been involved with the CFTC and the government in regards to interpretation of the laws. On one side are the existing OTC dealers who are holding onto their franchises, and on the other side are exchanges that have the central clearing mechanisms in place to reduce overall risk for swaps trading. Between the CFTC and CME, there are concerns of the exchange taking too much control of the market.

Prior to today, the CME Group has openly questioned the CFTC’s rulings, as it entered a lawsuit against the regulator last November in regards to the necessity of sending clearing data to the Depositary Trust & Clearing Corp (DTCC). The CME Group alleged that as an operator of a clearing house, sending the DTCC trade details was redundant. The CME Group had also registered to become a Data Repository in order that it could send trade information to itself.

While today’s CFTC charges and CME Group response are dwarfed by the overall saga of control for post Dodd Frank US trading, it does suggest that the sides are flexing are their muscles in a show of power. As the exchanges battle against the investment banking powerhouses such as JP Morgan and Goldman Sachs, the CFTC has found themselves in the middle of the debate. As the two sides both have deep pockets and won’t hesitate to involve the judicial system to defend their businesses, it will be interesting to see just how far the CFTC is willing to stand its ground on their issues and whether today’s charges are the first of a series of small complaints against the CME Group.