Thomson Reuters has just announced the company’s latest foreign exchange trading figures for the previous month and the results are somewhat disappointing.

The total average daily volumes (ADV) recorded in July 2015 on the company’s Thomson Reuters Matching and FXall platforms decreased by 5.9 percent when compared to June, reaching only $353 billion – back to the level of May 2015.

The figure looks better when compared to the same month last year, but that is not saying much considering that the volatility on the foreign exchange markets was around its multi-year lows at the time. Looking at specifics, the figure reported in July this year is higher than the same month a year ago by just 2.6 percent.

Thomson Reuters also reported that the ADV for spot trading totaled $101 billion last month. The figure it the lowest so far this year, and only $2 billion higher when compared July 2014. The remaining $252 billion were realized in forwards, swaps, options and non-deliverable forwards (NDFs). 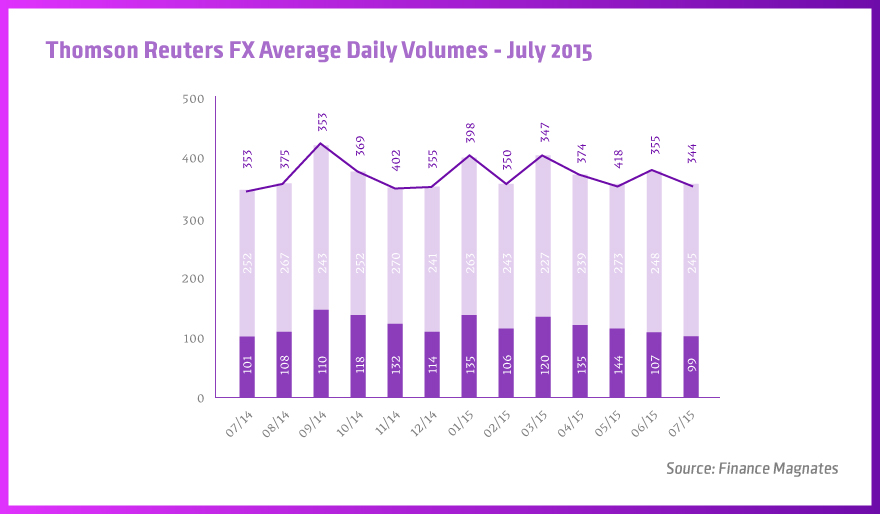