Considering that last year was not as bad economically as the disastrous 2008, the top earning hedge fund manager in 2014 surprisingly made only as much their 2008 cohort did. More than this, the total earnings collapsed 45% from the 2013 figure.

In total, the managers of the top twenty-five most successful hedge funds in the world for 2015 earned a pitiful $11.62 billion in 2014. Citadel’s Griffin made $1.3 billion by himself, over a tenth of the total. 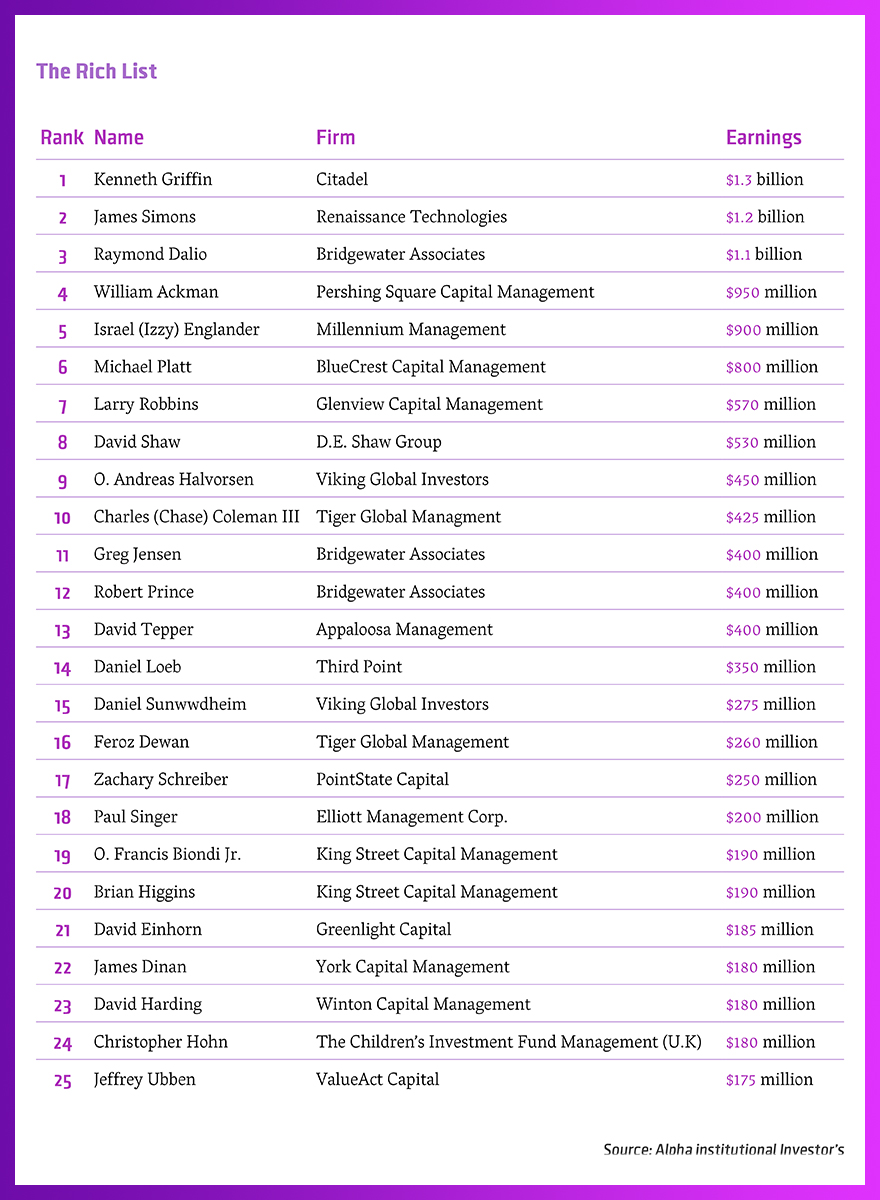