Looks like Forex Factory is itching closer to a social forex network model. Not too long ago FF launched Trade Explorer – a trading performance analysis service and now it enhances it by releasing Trades – a new product that tells you who’s buying, who’s selling, and basically who’s doing what.

According to FF: “The data for Trades is aggregated from members sharing their Trade Explorer information, and the default settings only show activity from live brokerage accounts. Best of all, you can trust that the performance metrics are legitimate! The live/demo distinction cannot be faked on the Trade Explorer, and as we confirmed last month, all trade statistics are based on equity, so open positions are included in the metrics.”

It seems for now FF is not introducing a trade-following functionality which is becoming quite popular with several networks such as Currensee and FxStat. FF is currently bridging myfxbook and eToro’s OpenBook by allowing indepth trade analysis and live trade publishing. Whether or not it’ll cross into trade-following would be something very interesting to see. 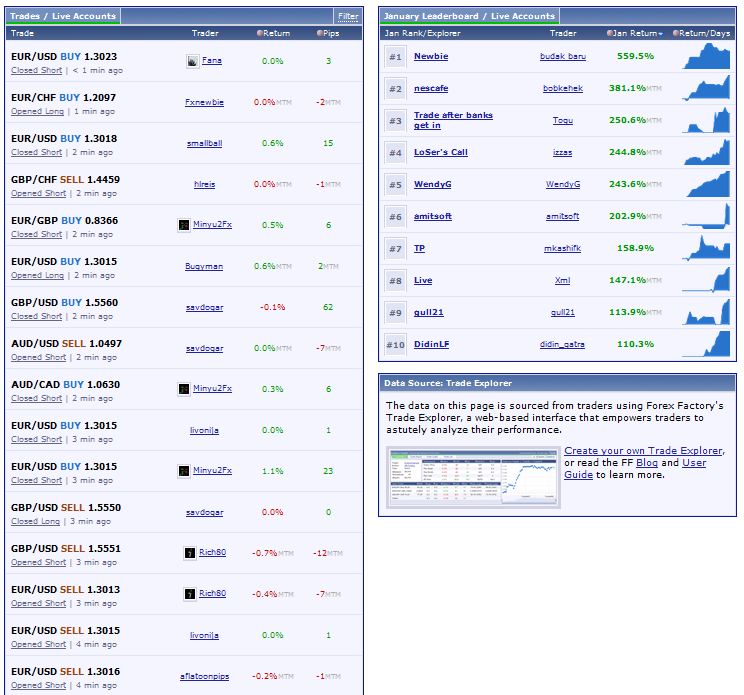 Forex Magnates tracks the traffic and developments of all major sites in the forex market in its Retail Forex Industry Report.