After a few months of anticipation, the day has arrived upon which David Ross, perpetrator of New Zealand’s largest ever Ponzi scheme since the island nation established its financial markets economy, was handed his sentence.

New Zealand was until recently viewed as a convenient location for FX firms to establish operations with minimal bureaucratic interference in order to strategically position themselves within close proximity to the extremely valuable Asia-Pacific region. 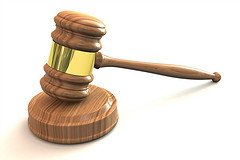 During the last year, the New Zealand FMA has set forward a series of rulings in order to follow in the footsteps of its Antipodean neighbor Australia, in order to firm up the methods by which the activities of financial markets participants are overseen.

In the case of Mr. Ross, a guilty plea was made by him in August this year to four Crimes Act charges of false accounting and one charge of theft by person in special relationship laid by the SFO.

He pleaded guilty to three FMA charges of providing a financial service when he was not registered for that service, knowingly making a false declaration to FMA for the purposes of obtaining authorisation as an Authorised Financial Adviser (AFA) and producing documents to FMA which he knew to be false or misleading.

The investigation into Mr. Ross, Ross Asset Management (RAM) and related entities began in October last year when FMA received complaints from investors who had been unable to withdraw their funds. A joint investigation with the SFO subsequently commenced.

Mr. Ross has admitted to running a Ponzi scheme which he disguised by falsely reporting clients’ investments across many asset clases.

Large portions of client portfolios shown as invested through a broker ‘Bevis Marks’ were fictitious and never existed, resulting in an overstatement of investment positions in September 2012 of more than $385 million.

Between June 2000 and September 2012, Mr. Ross reported false profits of $351 million from purported trading of the fictitious securities. The overall loss to investors is in excess of $115 million.

SFO Director, Julie Read said, “More than 1,200 client accounts were affected by Mr Ross’ scheme so his offending has had a devastating impact on many lives. The financial losses are not only significant to those individuals but they will have a flow on effect as those investors’ dealings in the New Zealand economy are impacted. It is important the SFO remains vigilant in fighting financial crime so we don’t see a repetition of this sort of scheme.”

FMA CEO, Sean Hughes, a regulatory official who has seen the FMA grow from a list of service providers to a well-respected authority and is set to relinquish his position at the end of this year, stated publicly that he had the utmost sympathy for investors who had trusted their finances with David Ross and that the law had been changed as a result.

“From next year financial advisers who manage a client’s portfolio under an investment authority will no longer be able to hold that money or property themselves.

This change will better protect the security of investors’ money and FMA’s risk-based monitoring of AFAs will assist in ensuring that they are meeting their new obligations,” said Mr Hughes.