Details from the official notice are as follows:

The Committee of Cysec has decided on the 5 Nov 2012 to impose administrative fine of EUR 2000 to each of the CIFs Pulp Intl Business Ltd & Harvest Financial Services Ltd for violation of article 114 of the applicable Law (144(I) 2007) due to the fact that both companies did not submit their audited financial statements of 2011 in time to the Commission (this deadline was the 30 Apr 2012). The said statements were instead submitted on the 2 Jul 2012 and 23 July 2012 respectively.

The Commission further explains the reasoning behind the determination of the level of the said fine, that is, among others, the importance the Commission places on the overall compliance of CIFs with regulatory requirements, as well as the timely/accurate submission of documents/reports/information when these are due, and finally the fact that both CIFs explained their own reasons for this occurrence.

Costas Constantinides, Director of 360 Consulting, an FX regulatory consulting firm says “Cysec enforces the applicable law based on MiFID and maintains the credibility of the European-member jurisdiction of the Republic of Cyprus as a base to operate out of”.

Cysec has gradually been evolving as a premier regulator for margin products. Over the years it has developed its reputation as a soft authority, however as it gets stricter it shows that it is in line with industry standards.

Rashad Hussain, Commercial Director of Ikon Finance and Richard Whelan, Compliance Director at Ikon Finance spoke about the fines, they said “The Cyprus Securities and Exchange Commission (CySec) was established in 2001 and with an ever increasing number of Financial Services companies establishing CySec as their home regulator within the EU, and pass-porting their services into other EU States, the recent administrative fines imposed by CySec on two regulated firms in relation to late filing of audited financial statements illustrates that with its evolving role as a significant regulatory body, adherence with all of its rules and articles is of paramount importance and this should serve as a reminder to all regulated firms to keep their houses in order. This can only be viewed as a good thing as it is critical that high regulatory standards are maintained in every jurisdiction within the MiFID region and there is no perception, however unjustified, that there is a “light touch” regulatory jurisdiction in which firms can access the EU market.”.

Cysec has issued fines to several FX brokers including: FXGM and Trading Point. The regulator has reviewed areas from KYC, client money and ensuring clients understand the risks in margin based products and have the relevant experience. 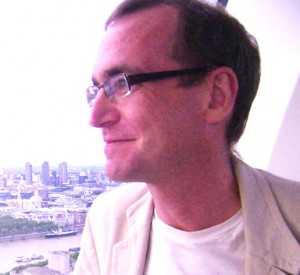 Gabriel Styllas, CEO of TopFX Limited feels that the regulator can show some flexibility, he says “CySec is not flexible with deadlines especially with deadlines related to the submission of Audited Financial Statements and the pillar III disclosure report. Being licensed by CySec gives CIFs the credibility of complying with the EU regulatory framework but at the same time, being in line with the rest of EU, CIFs need to comply with the EU regulatory and supervisory framework”.

Brokers regulated under the UK’s financial services authority and Cyprus’s Cysec can offer investors fund protection of £50,000 and EUR 20,000 respectively.

Share this article
Tags: cysec / regulation
Got a news tip? Let Us Know

EUR 2000 fine is a sign of “vigor” ? lol. Its not even a slap on the wrist. Such low fines basically just show that deadlines are no big deal at Cysec.