Local outlet IFeng Finance reported that a notice issued by the State Administration of Foreign Exchange (SAFE) stated that the nation’s forex regulator is monitoring the activities of Chinese non-bank payment agencies that provide payment services for the ‘suspected illegal’ online FX platforms.

SAFE, which is part of the People’s Bank of China (PBOC), ‎instructed each payment agency to investigate their transactions with those unauthorized providers one by one. And in case a cooperation exists, the business should be stopped immediately, and all transaction data and customer information with the platform should be preserved in its entirety.

Investigating the matter, Finance Magnates reached out to local industry sources who claimed that this action is, at least for now, “limited to the Jinan province in Eastern China.” Additionally, payment providers operating in the region told Finance Magnates that they believe that they can cope with the issue by linking their PSP gateway to a non-FX website. Ironically, it will be more difficult for strictly AML-compliant brokers to avoid the latest crackdown, should it escalate in the future.

Another source said that data, when assessed properly, does not tell the story ‎of China as banning FX, despite what some appear to believe. He pointed out ‎that the warning list is mixed of true and false data as some brokers’ domain ‎and location are wrong. In addition, the list of blacklisted brands incorporates ‎some IBs that obviously have no official payment channels to use‏.‏
The source also questioned the validity of this document or its relevance to ‎their work, saying it’s not officially published on the PBOC website‏.‏

Finally, although the alleged circular stated individuals were still free to trade it ‎at their own risk, the ban on third-party payment service providers from doing ‎business with FX firms effectively makes promoting their products a tough sale.‏

The new blacklisted companies include some famous brands such as Alpari, XM.com, IG.com, among many others. The firms on the Chinese list may have regulation in other jurisdictions, but this is not sufficient as no such passports are recognised and firms need to also obtain SAFE authorization in order to do business on the mainland. 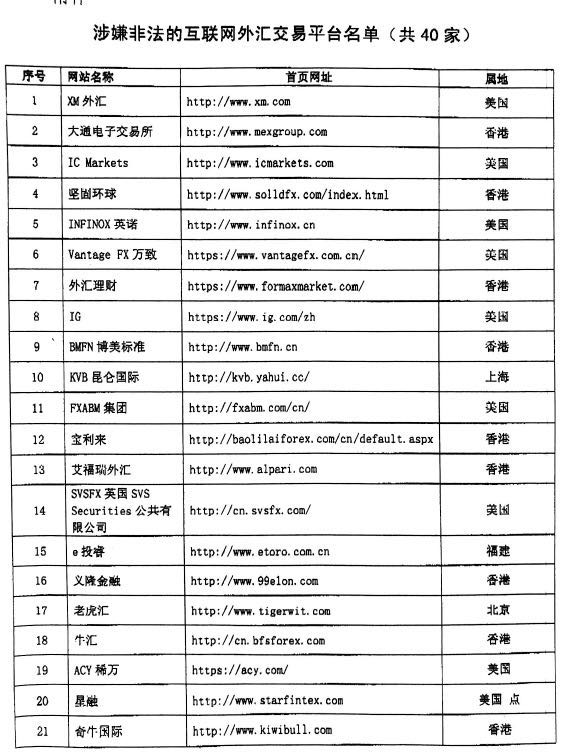 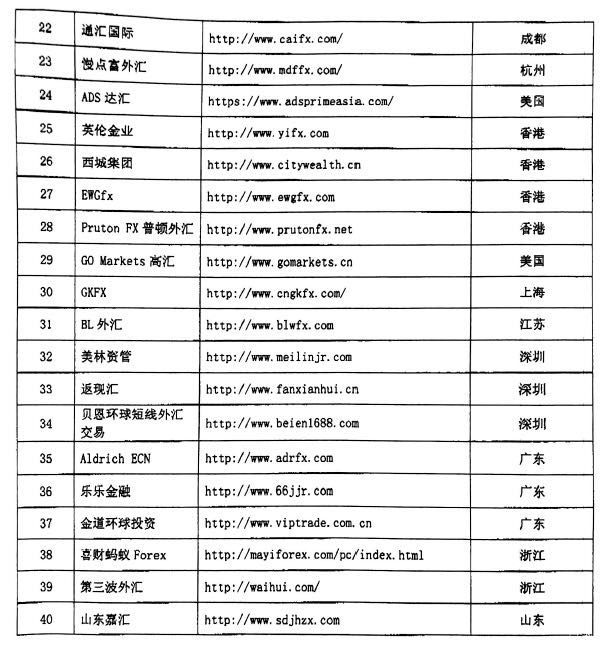 Measures adopted and revealed in the last weeks indicate a high level of concern in the Chinese capital. Chinese customers of unregistered FX firms are not afforded the protections available to ‎customers of firms properly licensed and regulated in the country, the National Internet Finance Association of China said last month.

At the same time, banks and other financial institutions have been barred from doing business with internet platforms providing illegal leveraged trading for foreign exchange and precious metals.

The latest moves coincide with signs that brokers operating in China have had difficulties with access to their websites. Last month, Finance Magnates reached out to a number of brokers who mostly confirmed that they are in ‘business as usual’ mode. Several companies shared that facing challenges from some local authorities is something normal and that their businesses have not been materially affected so far.

Weighed on by a weak Chinese yuan ‎and sluggish economic growth, China has recently prioritized stability in the short-term over longer-term commitment to market reforms and liberalisation.

Share this article
Tags: China Forex
Got a news tip? Let Us Know