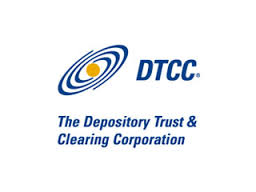 The Depository Trust & Clearing Corporation (DTCC), one of the financial industry’s marquee post-trade market entities, has launched an extended Global Trade Repository (GTR) service to market participants in compliance with revamped Phase 2 reporting requirements for over-the-counter (OTC) derivatives and transactions, according to a DTCC statement.

The recent alteration in reporting requirements has been necessitated by the Australian Securities & Investments Commission (ASIC), the region’s paramount regulatory authority for financial instruments. Initially, the mandate will target strictly OTC derivatives, though provisions are being made for the expansion into all asset classes, including FX, equities and commodities. Indeed, ASIC has been particularly busy as of late, highlighted by an investigation into forex manipulation that has extended to Australia.

According to Peter Tierney, Regional Head of Asia-Pacific at DTCC in a recent statement on the extension, “The April 1 deadline marks an important step in creating greater transparency and risk mitigation in the OTC derivatives market in Australia and globally. DTCC will continue to engage market participants in Australia and ASIC to advance an effective and comprehensive derivatives reporting structure.”

As such, the new deal in reporting requirements includes ten of Australia’s leading broker and dealers that have signed on to implement the new service. Given that rules were levied by ASIC as recently as July 2013, certain financial institutions are required to begin reporting their trading activity to a trade repository as of April 1, 2014 (known as Phase 2). In terms of focus and jurisdiction, these rules will effectively include Australian Authorized Deposit-taking Institutions (ADIs), Foreign ADIs, Australian Financial Services (AFS) licensees, Clearing and Settlement (CS) facility licensees and exempt foreign licensees, specifically in excess of $46.34B in total gross notional outstanding positions as of December 31, 2013.

DTCC’s Global Trade Repository (GTR) is a multilateral organization that operates across several countries in the Asia-Pacific region. Furthermore, it is the only repository in the world that supports regulatory reporting for each of the five major OTC derivatives asset classes, including credit, interest rates, equities, forex and commodities. The GTR also operates in accordance with the United States’ Commodity Futures Trading Commission (CFTC) and the European Securities and Markets Authority (ESMA).