Australia’s financial markets regulator ASIC is certainly beginning to prove itself as an iron fist in a velvet glove, having quietly but effectively strengthened its regulatory powers during the course of the last few months.

Today’s actions against forex and OTC derivatives broker Apex Derivatives are certainly no exception, the regulator having completed the winding up of the firm and liquidation of its assets for promoting the trading of forex and contracts for difference derivatives via its website whilst purporting to have an ASIC Australian Financial Services (AFS) license, when it in fact did not.

Added to this offence, the regulator found that the firm was trading whilst insolvent, had ceased all business operations and from February this year did not have a director residing in Australia.

On February 6 this year, it was brought to the attention of ASIC that the firm did not have enough money to pay back its 270 clients in full should the cessation of its business arise, as it held tangible assets of less than $500,000 and was in breach of AFS licensing requirements. As a result of this, ASIC canceled its AFS license, but the firm continued to solicit for business via its website whilst giving the impression that it was still licensed. 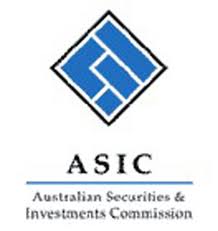 ASIC takes a dim view of lack of capitalization, and late last year issued a notice that it was considering increasing the net capital requirements for FX firms.

On June 28 this year, ASIC took this case to the Australian Federal Court and obtained orders to wind up the Sydney-based retail OTC derivatives issuer, and began the process which only took a matter of two weeks to complete.

Daniel Walley and Scott Pascoe of PPB Advisory have been appointed by the court as liquidators.

the takedown operation was swift…..but did forex clients get their money back?

I was also wondering if customers got any money back? I read on another site they were offered pennies on the dollar.It remains to be seen what the financial solution was.Does anyone know the people that ran the firm.It would be nice if ASIC placed some type of suspension from working in Australia.Anyone hear how they got in that situation? Was it trading losses or did the ceo or directors do something wrong?