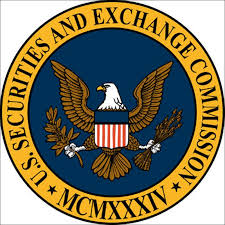 The reputation of a former world famous basketball player is reported to have been used to gather illicit funds for a Ponzi-style investment scheme by two American residents. The US’s main financial regulator for Securities products, the Securities and Exchange Commission (SEC), has announced charges against two Florida-based individuals for defrauding investors in a purported start-up television network and production company by providing false information about its revenues and future prospects.

The former CEO of Vision Broadcast Network, Erick Laszlo Mathe and his accomplice Ashif Jiwa were found guilty by the financial watchdog for raising capital for a start-up company without having the necessary regulations intact. The pair raised over$5.6 million in start-up capital from approximately 100 investors across the country through the sale of the company’s common stock and convertible debentures.

Details in the SEC’s Order states that Vision Broadcast stifled a large quantity of investor funds into companies that were owned or controlled by the two named culprits. Mathe and Jiwa were found to have misused the investors’ funds to pay for personal and travel expenses unrelated to Vision Broadcast’s business.

Investigations by the regulator resulted in the television network being dissolved, furthermore, the US Attorney’s Office for the Eastern District of Pennsylvania also reported that criminal charges were made against Mathe and Jiwa.

Eric I. Bustillo, Director of the SEC’s Miami Regional Office, commented in a statement: “Mathe and Jiwa deliberately misrepresented a company with little to no assets or revenues as a tremendous investment opportunity. They also improperly spent investors’ hard-earned money on their personal and travel expenses.”

The crime is reported to have taken place between August 2007 to February 2010, during which the firm was not registered with the SEC, as required under the federal securities laws. In the midst of the false claims, Mathe and Jiwa made a bid to collate funds, claiming that former basketball player, Michael Jordan, was a prospective investor, the Order states that: “Mr Jordan never told anyone he planned to invest in Vision Broadcast.” The two also falsely told investors that they had a commitment from an institutional investor to invest $25 million in the company.

The SEC’s counterpart, the CFTC, also reported that it has placed an Order on Las Vegas resident, Fan Zhang, to pay $250,000 for engaging in fictitious sales and noncompetitive, prearranged trades on domestic exchanges, CME and CBOT