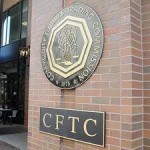 US watchdog for financial derivatives, the CFTC, has reported that a complainant, Glenn Jackson, who was found guilty of running an unregulated forex pool in 2010, faces court action barring him and his firm from gaining registration with the regulator.

The CFTC’s notification states that a U.S. District Court for the Northern District of California entered a Consent Order for Permanent Injunction imposing permanent trading and registration bans against Defendants Glenn Kane Jackson of Healdsburg, California, and Highlands Capital Management, L.P. (Highlands Capital), a California limited partnership which is based in San Francisco, California, for operating a fraudulent FX trading scheme.

The defendant, Glenn Jackson, was found guilty of a number of breaches, primarily for soliciting individuals and misappropriating client funds in relation to the forex fund he was operating. The latest Order complements another criminal case involving Jackson. At the time of his previous CFTC complaint, Jackson was charged by the Marin County, California District Attorney with a 38-count Complaint alleging investment fraud. After facing a lengthy trial, on the 5th of April, 2013, Jackson pled guilty to 27 felony counts of false statements or material omissions in the offer or sale of securities.

His criminal proceedings led to the culprit facing a lengthy sentence for the crime. The courts sentenced Jackson to 7 years in prison and ordered him to pay criminal restitution in the amount of $3.8 million and fines totaling $4.8 million.

The complaints put forward against Jackson state that his fraudulent activity took place between June 2008 and December 2009. Details in the Order show that Jackson made a number of false claims during the eighteen months the fraud took place. It states: “Defendants made false claims regarding Jackson’s background and success as a forex trader, including the track record of the purported pools. Furthermore, the individual had sent false account statements and trading summaries to pool participants claiming that Defendants were engaging in profitable forex trading when, in fact, they were not.

The CFTC has been actively providing information against forex-related schemes in order to educate citizens. On its website, users can benefit from details about the ways fraudster’s mis-sell their solutions.