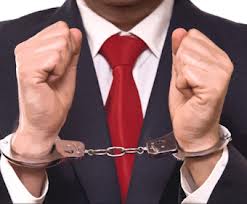 Turkey’s financial regulator has announced that it has investigated the operations of Teletrade Turkey and will be putting a criminal case against the firm. In a statement on its website, the financial authority outlines the fact that Teletrade was operating and conducting financial services activities without approval from the regulator.

The investigation comes on the back of SPK’s recent proposal to make changes to capital requirements for brokerage firms in the world’s 18th largest economy. In a document on the regulators website the SPK explains that its Capital Markets Unit carried out a thorough investigation into the workings of Teletrade and highlights two individuals; Hüsnü YILDIZ and Hakan KAPLANLI as perpetrators.

The SPK officially regulated Leveraged Foreign Exchange in August 2011 after much discussion, research and red tape. The regulator gave broker dealers strict parameters to operate in; including high capital requirement, reasonable margin and leverage (100 to 1) offerings and limited products (FX only). In addition, introducers and affiliates were also required to seek regulation and hold a set amount of capital.

The SPK has been known for its enforcement and action against unregulated firms. In October 2011 the regulator made an announcement that it had sanctioned 32 websites from providing content about foreign exchange, the list included firms such as; finexo, migbank, etoro, instaforex and several other firms.

Teletrade has been active in financial markets for over 15 years, on the firm’s website they state that they have been in the market since 1994. Their Turkish office has been active since the mid 2000’s.

Nice article Adil. What’s your opinion on the Turkish market moving forward? The regulatory environment seems fair, but they also make it tough on outside companies.

You may suppose that ı am joking but becouse our goverment regulators dont know about finance and forex so much,they get these funny decisions .They want to regulate trading by closing the internet connections to international forex web sites.Can you imagine so regulation.They can not think about integration .

@Jeff, the market is set to flourish, Turkey is keen to be a financial hub by 2025, it has a good opportunity to influence its neighbours and be the financial trading centre. In Azerbaijan you have 2 banks offering FX and a 3rd nearly ready to get started. Although the market will see some consolidation on the back of new capital requirements in the coming months. @Cengiz, this type of practise happens in every developed country, if you search on regulators website you will see their approach in dealing with unregulated firms. In Canada you will see a reputable FX… Read more »

Adil, I think that regulators have to put a fair rules for forex, not to destroy all broker companies in order to make brokerage available fo banks’ clients only like they are trying to do in most cases. Private non-bank brokers have the right to exist.