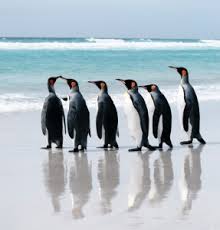 Following the yellow brick road of regulatory measures is now a standard operating procedure for financial services firms: in recent years government bodies and regulators are on course to standardize leverage and capital adequacy in leveraged FX and CFD transactions. With the Dodd-Frank rules in full shape, the gruesome effect of the recent change in leverage and capital requirements is evolving the nature of OTC derivatives and making life difficult for participants to operate in this once flourishing sector. The Turkish FX market can now be included in this list.

Leveraged ‘retail’ foreign exchange trading is the by-product of the internet and web revolution that unfolded at the turn of the century. With access to information and trade execution platforms the laymen could now take charge of their financial investment decisions and thus enter the world of self-trading. However with every good innovation come its drawbacks and the issues of security, safety and professionalism hit the FX markets and thus regulation (and its big brother) came on the scene.

Derivatives products have been around for a few hundred years, futures and options came to face as farmers used them as hedging tools and as globalisation has increased trade between nations currency risk is present. FX markets have managed to charge their way to being the most liquid financial instrument and thus the rapid intra-day movements between currency pairs has been the driving force behind their popularity as an investment product.

As reported earlier by Forex Magnates the SPK has issued a consultation paper on new revised capital requirements for brokerage firms operating in turkey. The move comes on the back of a successful roll out of regulations in 2011. The SPK has gradually approved brokers to operate in FX markets, with the current capitals significantly high only a hand full of large players have been able to find their feet with deep capital requirements. On the other hand the inflated capital requirements have opened up opportunity for new participants such as banks to enter the market – banks have huge balance sheets and can easily vouch for the TRY8 to 10 million requested by the regulator for brokers acting as market maker.

The new proposed figures seem to be above the norm. Advanced regulators such us the UK’s FCA require firms to hold Euros 730,000 to act as market makers, similar figures are evident in other jurisdictions including Singapore, Australia and Cyprus.

With spreads already shrinking in major instruments, white labels and IB’s will find it even more difficult to operate in a congested market place. Furthermore the new capital increase will mean firms will potentially see their bottom line directly affected.

Çağrı Selim Vural, Head of Compliance at Saxo Capital Markets Turkey, adds; “We understand from the draft regulation that capital requirement for forex market makers are planned to be increased more than 150 % to TRY 25.000.000 by SPK. We can say that this capital requirement is significantly higher when it is compared with EU countries and some Asian countries like Hong Kong and Singapore. In the case of the release of the regulation with the above mentioned capital requirements, the return on equity (ROE) of the sector will inevitably decrease.”

Istanbul aims to be a regional financial trading hub and the recent integration of the equities, derivatives  and gold bourse puts the initial track in place. Prime Minister Recep Tayyip Erdogan plans to make turkey the 10th largest economy by 2023 and Istanbul the ‘city’ to do business in. The prime ministr rang the opening bell of the official opening of Bourse Istanbul in the first week of April.

The Promise of Safety

“Turkish FX market is already one of the safest markets in the industry in terms of security of the clients’ funds. Thanks to SPK for creating this formula. It is also the biggest candidate to be the financial centre of that territory including Arabic Countries and neighbouring countries such as Azerbaijan, Northern Iraq and Kazakhstan. In the near future we will see many Turkish brokers entering these newly happening markets, explains Gokhan Yuzbasioglu Director of Institutional Sales Turkey at FXDD.

Domestic brokerage houses report their monthly trade volumes and client numbers, one unnamed broker informed us about actual numbers that are reported to the Brokers Association, in latest figures 13,500 accounts were recorded with regulated brokers, although this figure seems low many clients are believed to be trading with non-regulated entities and overseas firms. In previous reported figures, monthly volumes were around $56 billion (August 2012).

Turkey has been one of the best performing equity markets in 2012 with growth of over 50%, after the 2002 banking crisis the fiscal and economic polices have been polished and the country was relatively immune to the global recession. The evolution of its capital markets shows how it continues to play an important role in both Europe and Asia for economic progress.