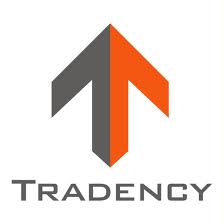 Forex Magnates’ reporters have gotten their hands on a press release announcing that the first fully regulated platform provider of copy trading services in Japan is Tradency, with its widely acclaimed system trading platform Mirror Trader. Last week the company was notified by the Japanese Financial Services Agency (JFSA) that its application for investment advisory business registration had been approved and it will be receiving its license shortly.

Tradency has joined forces with its Japanese broker partners in order to gain local support in a regulatory environment that the company’s collaborators are widely familiar with. The result is expected to benefit all parties involved – brokers, investors and the company itself. Tradency’s CEO, Lior Nabat has stated in the press release that “The company welcomes the involvement of global regulators. We see the new regulation as a joint interest for the regulators, Tradency, brokers and traders. We believe strong regulation will transform the FX market into a viable financial investment tool. We also see it as an obvious evolutionary step in our evolvement into a mass market service.” FCA’s Letter on Copy Trading Services As the FCA has issued its first official opinion on the matter of mirror trading and the letter stated that companies which provide copy trading activities are viewed as “the service provider may be advising the client,” the regulatory process for such services is on its way to kick off in Europe. Several companies have been prepared including Oanda’s Currensee Trade Leaders program, as the company stated to Forex Magnates’ reporters that it complies with FCA’s guidelines outlined in FCA’s letter and FxPro’s SuperTrader, that was  granted licence by CySEC to provide financial advice and investment management services prior to its launch in October of last year. Copy Trading – Big in Japan The milestone set by Tradency in Japan couldn’t have come at a better time – with the Japanese brokerages generating a hefty amount of volumes, policymakers in the world’s now third biggest economy are slated to implement a consumption tax hike in April, which might trigger the Bank of Japan (BoJ) to further ease its monetary policy. Last time they did this in April of last year, monthly volumes across the retail and institutional FX spectrum ballooned to levels unseen before. Tradency already announced back in the middle of 2013 that its operations in Japan had been growing swiftly. The company partnered with FX Prime (which is wholly-owned by none other, but GMO Click) in June 2013, with the terms of the agreement outlining that Mirror Trader will be offered to all clients of the Japanese powerhouse. The company signed agreements with Planex and Central Tashi earlier in 2013. Copy trading could well be the next big (and since we are talking Japan we rather use the word huge) trend in Japan. The announcement that Tradency received an investment advisory business registration by the JFSA will surely attract more competitors to the market which in turn will look for local partnerships. Meanwhile, Tradency is asserting itself as the copy trading company that is one step ahead on Japanese soil.

The proliferation of sophisticated derivatives available to retail investors makes social trading an even more valuable tool if better informed, and more experienced traders can point out new opportunities and potential pitfalls to the masses. However, traders claiming a proven track record who allow their trades to be automatically copied by other investors for a fee or a share of the profits would likely be engaging in advising in securities, and required to register as a portfolio manager. That is the opinion of the OSC, the main securities watchdog in Canada, in its 2013 OSC Annual Summary Report for Dealers,… Read more »

What does it mean to the Traders? They need license or something?