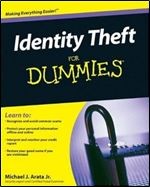 Identity theft usually revolves around innocent people’s personal data being stolen and misused by criminals to conduct credit card fraud, however one extravagant financial services firm has taken identity theft to a new level. The firm stole the identity of a New Zealand based couple, created a glamorous profile of them with extensive qualifications and experience and pasted the details on their website, falsely claiming the couple as the company’s founders. Unfortunately the firm’s secret came out after authorities were informed about the very irregular arrangement.

After investigating the matter New Zealand’s financial regulator, Financial Markets Authority (FMA), has posted a warning against the financial services firm that provides trading in the popular FX and CFD derivatives market.

The FMA’s warning under the: Latest Warnings and Alerts section on their website headlined: Warning: Beware of offers from FX Promax Limited and FXpromaxltd.com.

The case has some peculiar elements in so far as the firm claims to be having a physical presence in New Zealand as well as two directors being from New Zealand.

In the FMA warning, the regulator states: “The Financial Markets Authority is warning the public against conducting business with or through an entity FXPromax Limited (which is not registered on the New Zealand Companies Register and it is not a registered financial service provider) and its associated website FXpromaxltd.com.

FMA believes that the information on the website concerning the business’ founders is fictitious and it is not currently operating from its purported New Zealand address, which is stated to be 350 Queens Street, Auckland.” 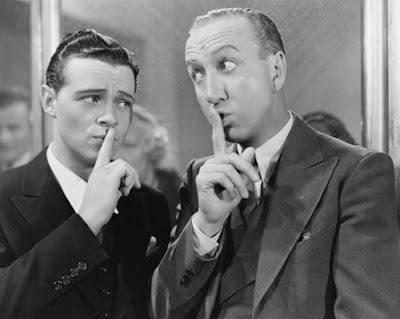 After reviewing the brokers site and third party websites that provide information relating to FXPromax; we can conclude that the concerns raised by FMA are evidently true. We tried to contact the firms; UK, Singapore, Chinese and New Zealand offices, however all the telephone numbers failed. The firm claims to be registered in the UK however on Companies House, the official data source for UK registered businesses, there is no registered firm in this name or a similar name.

The proposed directors, Mr and Mrs Thomas’s details with a short profile are placed on the firm’s website. In a report in the Otago Daily, the couple found out about their supposed FX business and were alarmed to say the least, the couple who run a business called Promax in New Zealand were contacting by a man asking about their connection to FXPromax. “When we started looking at it we were horrified and contacted the Serious Fraud Office (SFO) and Financial Markets Authority,” said Mr Thomas in a statement to Otago Daily.

The FMA confirmed this notion in their statement: “The website (wwwfxpromaxltd.com) names two New Zealanders as officers of FX Promax Limited. The named individuals are owners of a similarly-named New Zealand registered company but are not associated in any way with the operations of FX Promax Ltd or its website, nor is their conduct under investigation by FMA.”

According to date on the broker’s website, the firm offers the popular MT4 trading platform and a wide selection of payment channels. Forex magnates tried to create a demo or live account, however the links and data were void.

New Zealand, the world’s least corrupt nation found itself victim of lapsed financial regulations that were misused by FX brokers. The country allowed international firms to set up their business and register their firm on a directory of financial services providers thus giving the impression that firms are regulated in the country. In many cases FX brokers were simply using New Zealand as an entry point and had no physical presence in the country.

The country’s financial watchdog has been reviewing the situation and over the last few months has been changing the way financial services firm can operate in New Zealand. The latest warning from FMA highlights the regulators commitment to cleaning up New Zealand.

FX is a high risk product and has evolved significantly since its inception as an investment product for retail investors in the late 90’s. Regulators in developed nations such as the UK’s FCA and Singapore’s MAS have recognised CFDs and spot FX and appreciate that as a regulator their responsibility is to educate and provide adequate information about the product, in addition their role is to ensure firms operate under the regulators rules and regulations.

For FX brokers who were unable to register in developed markets, NZ was an ideal alternative, however as the world of non-regulated FX is facing pressure from global regulators, the media and general awareness of clients, the FMA has started its vendetta against the firms and has started to; de-list, un-register and issue warnings about un-regulated firms operating in New Zealand. As a result firms will need to migrate to other lands.

The case shows that firms and individuals who want to commit mal-practises will go to great lengths to cover their tracks. With regulators taking more responsibility about the way business is conducted in financial services we can anticipate these types of incidents to be prevented.

Share this article
Tags: fma / regulation
Got a news tip? Let Us Know