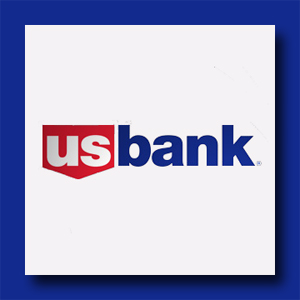 US Bank National, the fifth largest banking institute in the US, has been issued a permanent injunction and was ordered to pay $18 million to clients of demised broker-dealer, Peregrine Financial Group (PFG). The bank was responsible for holding client funds under the segregated accounts policy which was being misused by the Iowa-based brokerage firm. The case highlights the ongoing importance regulators are placing on firms that hold and deal with client money.

Linda Reade, the Chief Judge of the U.S. District Court for the Northern District, handled the bank’s case and entered a Consent Order imposing a permanent injunction against US Bank National Association (US Bank) and ordering the financial institute to pay $18 million dollars to be returned to PFG customers. PFG filed bankruptcy in 2012 after regulators investigated the firm for $200 million in missing client funds.

US Bank was the main custodian for PFG and held all client money. The funds were held in segregated accounts, however investigations show that PFG’s owner Russell Wasendorf was misusing the account and retrieving money that was not being used for clients. Details show that the bank frequently claimed its fees from the customer segregated funds account for both Peregrine and non-Peregrine accounts held at the bank.

CFTC Director of Enforcement, Aitan Goelman, commented in a statement: “Russell Wasendorf stole enormous sums of money that Peregrine’s customers entrusted to him. He is responsible for his crimes. However, that fact does not excuse U.S. Bank’s failure to meet its own responsibilities to safeguard Peregrine’s customer funds that it held. As this litigation and its resolution demonstrate, the CFTC will be relentless in pursuing recovery on behalf of innocent investors.”

The PFG fraud created an outcry in the global futures market following on from the MF Global collapse. The country’s second largest non-bank, FCM, was found guilty of defrauding over 24,000 traders and misappropriation of over $215 million client funds.

Apart from the monetary payout, the Order enjoins US Bank from committing future violations of the Commodity Exchange Act (CEA) and the CFTC’s Regulations prohibiting any depository institution, like US Bank, from holding, disposing of, or using funds that belong to customers of an FCM as though they belong to anyone other than the customers, and also prohibit the extension of credit based on such funds to anyone other than the customers.

Client money has been a hot topic in both the US and UK after major providers such as MF Global, PFG and WorldSpreads were in breach of rulings that impacted investors. The latest CHF crisis also highlighted the vulnerability of traders and providers in relation to client money. In the UK, the FCA recently visited a number of firms addressing their handling of client funds.