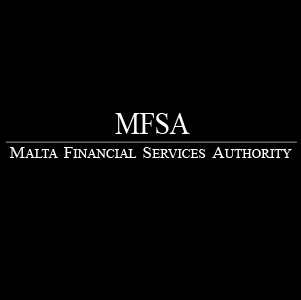 In response to feedback based on a draft proposal from early January 2014, the Malta Financial Services Authority (MFSA) has published a circular to its members on changes to its Investment Services Rules, excerpted below from the official press release.

In addition, following the publication of the Company Services Providers Act (Act XX of 2013) published on the 24th of December, 2013, in terms of Article 18 of the Act, persons who prior to the abovementioned date were carrying out the services of a company service provider (CSP) had three months – up to the 24th of March, 2014, yesterday, to apply to the MFSA for registration in terms of Article 4 of the Act.

This change will render the transition from PIFs to AIFs, where necessary, a smoother and more efficient one, described by MFSA in the official press release dated March 21, 2014. Appendix 4 has been revised in order for it to be aligned with the introduction of the different categories of AIFs.

[II] Section 8 of Part A which deals with marketing of AIFs has been revised to provide inter alia that an AIF may only be sold in jurisdictions outside Malta to investors other than professional investors subject to the national provisions applicable in the respective jurisdictions as per Article 43 of Directive 2011/61/EU of the European Parliament and of the Council of the 8th of June, 2011 on Alternative Investment Fund Manager (‘AIFMD’).

This concept is further reiterated in Section 7 of Part B which has also been revised in this regard.

Services Licence Holders, including Annex 1 to the said Guidance Notes (specifically, the Annual Supervisory Fee Calculator) have been amended in order to reflect the revised application and annual supervisory fees, following the publication of the investment Services Act (Fees) Regulations [L.N. 9 of 2014] which came into force on the 1st of January, 2014. Other sections related to the annual fees were updated, as explained in the full press release.

In particular, a new SLC 2.02 has been introduced providing for the statement which must be included in the Offering Document when an AIF is sold to Experienced, Qualifying and Extraordinary Investors.

In addition, EMIR related updates were included in the MFSA circular as part of the obligations European firms have under ESMA, such as the reporting that just went into effect in February.

The changes to the Investment Services Rules for Professional Investor Funds consist of:

[I] The revision to Section 10 of Part A which deals with the application and annual supervisory fees relating to a PIF licence to include the revised annual supervisory fees, following the publication of the Investment Services Act (Fees) Regulations [L.N. 9 of 2014] which came into force on the 1st of January, 2014. Similarly, Schedule A to Part A was amended to reflect the revised fees.

[II] The introduction of a new Standard Licence Condition in Parts BI, BII and BIII respectively binding the Scheme to monitor at all times the regulatory status of the fund manager so that in the event that the fund manager is no longer a de minimis fund manager, the Scheme shall ensure that it becomes compliant with the requirements prescribed in the AIFMD.

[IV] Annexes 1 and 2 have been added to Appendix I in view of the ESMA Guidelines on reporting obligations under Articles 3(3)(d) and 24(1), (2) and (4) of the AIFMD. For the same reason, Appendix V has been deleted since the information required in terms of this form is being reported in the aforementioned Annexes 1 and 2.

[V] A new Appendix 6 has been included in the Rulebook providing a list of regulatory requirements with which the PIF (Experienced, Qualifying or Extraordinary) must comply in order to be licenced as an AIFMD-compliant fund.

Cat4 Licence Holders Required to Have Capital Requirement of €730,000

Section 10.2 outlines inter alia the capital resources requirement of Category 1 Licence Holders, which has been amended as follows:

The Capital Resources Requirement shall be the higher of (a) and (b) below:

a. Initial Capital; and

A new Section 10.3 has been established to refer to the capital resources requirement of Category 2 and Category 3 Licence Holders (MiFID Firms). These Licence Holders shall at all times satisfy the following Capital Resources Requirement:

The meaning of Own Funds and the risk components applicable to the different categories of licences are set out in Appendix 1B.

Competency Form Required for Appointment of Compliance or AML Officer

[IV] Sections 5.1 and Section 5.2 of Part A have been revised to refer to the new Competency Form, which has to be duly completed before a Compliance Officer / Money Laundering Reporting Officer is appointed.

[VI] Section 10.1 has been revised to indicate the ongoing supplementary requirements for Category 2 and Category 3 Licence Holders arising from CRD IV. Section 10.1 of Part A also refers to the introduction of a new Section 2A in Part BIV of these Rules which requires a Category 4a Licence Holder to apply the requirements prescribed in SLCs 7.29 – 7.30 and 7.42 – 7.6 of Part BI of the said Rules for the maintenance and reporting of capital resources.

As the compliance landscape in Malta becomes improved thanks to the efforts of MFSA to optimize its processes to help build credibility in the regulatory structure, new firms may be attracted to the island country in order to establish a licensed and regulated presence in the growing financial hub.

A full copy of the circular including the draft and consultation documents can be found on the MFSA website.