Compliance with the entire spectrum of regulatory requirements on a detailed level has been a continuing priority for Australia’s financial markets’ regulator ASIC over the past year, with RocoForex, an OTC derivatives company registered in Australia and regulated by ASIC with client bases in the Asia-Pacific and Latin American regions being the most recent to receive a regulatory reprimand. 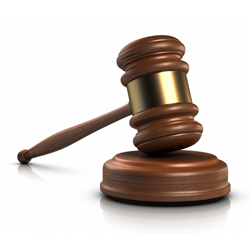 ASIC is one of the world’s first financial markets’ regulators to implement a complex and multi-faceted automated surveillance system which conducts real-time monitoring of the activities, consisting of two specialist systems, one of which being the existing SMARTS surveillance system, which will be joined in the third quarter of this year by the fully rolled out implementation of the First Derivatives Delta Stream system.

Last week, ASIC released a detailed report in which the results of all market surveillance and enforcement activities were documented. The regulator not only monitored the behavior of companies, but market participants’ trading patterns were also included. Trade surveillance alerts are indicators of unusual trading activity. During the reporting period, there were 20,938 alerts compared to 19,430 alerts generated during the previous reporting period.

Under the additional licence conditions, Roco will be required to:

• Engage an independent expert to review and report on the continuing adequacy and effectiveness of Roco’s risk management systems over a two-year period.

• Implement any recommendations made by the independent expert.

Earlier this year, ASIC obtained an enforceable undertaking from Halifax Securities as a result of irregularities in its risk management procedure which were also unearthed by data provided to the regulator from the surveillance activities. Although, the action taken against RocoForex to rectify this has been somewhat less draconian than in the case of Halifax Securities, it does demonstrate that ASIC has an interest in ensuring the correct means of monitoring risk within OTC firms under its jurisdiction.

“Licensees have an obligation to have adequate risk systems in place. This is non-negotiable. These systems play a fundamental role in building investor confidence and ASIC expects nothing less than the highest standards” said Mr. Tanzer.

ASIC has acknowledged that RocoForex has agreed to appoint an independent expert to review and address weaknesses in its risk management systems.

Since last year, ASIC has made a number of steps to reinforce its authority as a respected financial markets’ regulator, and the use of surveillance systems has simplified the means by which it can identify malpractice. In the forthcoming Forex Magnates Quarterly Industry Report for Q3 of 2013, full and detailed information will be published relating to the use of such systems within the industry in the Asia-Pacific region.

I am looking to open a brokerage in AU. Can i use some body existing license?