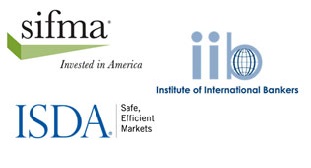 Three associations, whose members represent an underlying collective group of industry firms, sue the US regulatory agency the CFTC over rules that they find to be harming their businesses, according to an official joint press release.

The action is a multi-lateral effort by Securities Industry and Financial Markets Association (SIFMA), Swaps and Derivatives Association, Inc (ISDA) and the Institute of International Bankers( IIB), which together, as plaintiffs, are challenging the CFTC with allegations of unlawful rulemaking related to CFTC Interpretive Guidance and Policy Statements regarding Compliance With Certain Swap Regulations (“Cross-Border Rule”), and to the cross-border aspects of related rules as per the complaint transcript.

These [three] industry bodies represent their members interest of which includes some of the largest financial brokerage institutions in the world.

The complaint looks to vacate certain rules, in their entirety, pertaining to extra-territorial (cross-border) application and includes reference related rules spanning 78 pages in the Federal Register that consist of 650 footnotes (emphasizing complexity).

Some of the key points highlighted in a copy of the joint-press release from the three suitors, in their allegations against the CFTC include:

In an interview with CNBC posted on the ISDA website early this year, Robert Pickel, CEO of ISDA, and who also serves on the board of trustees at the Institute for Financial Markets (IFM), emphasized the complexity behind regulating derivatives, as derivatives themselves have evolved in their complexity in recent years.

Forex Magnates spoke with Washington D.C. Attorney Mark Ruddy, of Ruddy Law Office PLLC, whose firm specializes in commodities and securities related legal services – including serving the needs of SEF’s customers affected by the cross-border related rules, he opined regarding the lawsuit:

“I think the CFTC has stuck their neck out here on this one.  A loss will make them think twice about the extraterritorial application of their jurisdiction.   Yes, I believe SIFMA, ISDA and IIB have a very good chance at winning this lawsuit.  Not only are these three trade organizations united on this front, the European Commission has also cried foul, saying the CFTC has backed off a summer agreement on cross-border rules for over-the-counter derivatives, and CFTC Commissioner Scott O’Malia has even lambasted the CFTC for their approach.  When you have other regulators knocking the CFTC for their actions it serves as an impetus for the industry to fight back.”

Forex Magnates also contacted another prominent Washington D.C. Attorney, George Doumar, of Doumar Martin PLLC, who has extensive experience in federal cases, and who explained to us that in ‘APA-related cases’ the only angle may be to attempt to have related rules vacated  — as contested in the complaint.

Mr. Doumar said, “There are always problems with overlapping and potentially inconsistent regulations when U.S. regulators try to extend their reach overseas.  There’s a trade-off; by trying to get at bad guys, we make things harder on people who do play by the rules.”

During the interview with Mr. Doumar regarding this story today, he made analogies to how the U.S Treasury has enacted rules in an attempt to prevent U.S. customers from having foreign bank accounts (with the angle of anti-tax-evasion measures), and how the SEC 20 years ago had similar resistance through Regulation-S, which he explained took many years to iron-out as the SEC trimmed their extra-territorial reach, and compared how the CFTC may be at the early stages of such a drawn-out process.

The action filed by the three associations yesterday was docketed in the federal district of Washington, D.C., under Civil Action No. 13-CV-1916, according to a copy of the complaint jointly posted online yesterday by each of the plaintiff’s named in the action.

The Judge assigned for this case appears to be Ellen Segal Huvelle, a federal judge in the United States District Court for the District of Columbia,  a position that she was nominated for by then-US President Bill Clinton and subsequently confirmed by the Senate in 1999.

The Commission never adequately responded to, and simply dismissed, comments relating to the excessively broad scope of the Cross-Border Rule, its flawed definition of “U.S. person,” and the arbitrary application of Transaction-Level Requirements. The Commission also failed to conduct a cost-benefit evaluation, despite the fact that many commenters—and one dissenting Commissioner—requested such an analysis. As a result, the CFTC issued a rule that regulates transactions with no “direct and significant” connection with or effect on U.S. commerce as expressly required by Section 2(i) of the CEA, draws arbitrary distinctions in its definition of “U.S. person,” and imposes requirements that put U.S. corporations at a competitive disadvantage. In doing so, the CFTC wholly “failed to consider an important aspect of the problem” it was undertaking to regulate, in violation of the APA. Jicarilla Apache Nation v. U.S. Dep’t of Interior, 613 F.3d 1112, 1118-19 (D.C. Cir. 2010).

Post Dodd-Frank, and running up to its implementation, many brokers that weren’t regulated in the U.S. had concerns of accepting U.S. Customers – since along with those customer – U.S. regulations seemed to accompany them. As rule-making went underway, the CFTC has taken action against foreign brokers for soliciting or dealing with U.S. residents on numerous occasions, as the CFTC extended its reach internationally.

In my opinion the CFTC has done quite well in combating fraud (although not as well in preventing it), becoming more efficient on multiple fronts including cooperating in international investigations with foreign regulators, and striving to implement changes in a manner consistent with its mission statement concerning the United States. As noted by others, even CFTC agency staff have alluded to the extraordinary difficulties the Agency faced, so its no secret that even the agency acknowledges a degree of imperfection (for lack of a better choice of words).

Forex Magnates had previously wrote about CFTC Commissioner Scott D. O’Malia views, following a keynote speech he made during a CFTC compliance forum at the Edison Electric Institute (EEI) in Washington where the commissioner expressed disappointment with the CFTC’s failure to develop a transparent rulemaking schedule that would enable market participants to plan for compliance with the massive new obligations imposed by these rules.

According to data provided on the National Futures Association (NFA) website, there are a total of 4,152 NFA member firm  (also registered with the CFTC) as of November 2013, consisting of 83 Futures Commission Merchants (FCMs) and over 56,000 associates across all registration categories.

Commenting in the official press release, Judd Gregg, a former U.S. Senator, and current CEO of SIFMA, highlighted the intentions of his constituents, “SIFMA and our members support responsible regulatory reform that will bring transparency and accountability to the derivatives markets. We are committed to constructive engagement with regulators following fair and open procedures.  It is vital that the costs and benefits of any new rules are properly analyzed to ensure they won’t disrupt the markets,”

Mr. Gregg added in his statement, “The CFTC’s arbitrary and unilateral approach to cross-border regulation is backdoor rulemaking which has led to widespread market confusion and is creating significant impediments to the orderly functioning of financial markets worldwide.”

Stephen O’Connor, ISDA’s chairman, added in the official press release, a copy of which was also made public on the ISDA’s wesite, “ISDA supports safe, efficient markets and works constructively with regulators around the world toward that end.  The CFTC’s Cross-Border Rule, however, is a step backward in our mutual efforts to develop a robust, consistent and global framework for OTC derivatives regulation that reduces systemic risk.  It harms the financial system and market participants and adversely impacts the ability of end-users to hedge their business and financial risks.”

Included in the joint statement also released by the IIB, Sally Miller, CEO of IIB stated her support for attentive regulation while highlighting her concerns:

“The IIB supports vigilant regulation of the derivatives markets to eliminate systemic risk. Our members have attempted in good faith to comply with the CFTC’s improperly-adopted regulations.  However, we have become increasingly alarmed by what is proving to be an unceasing effort by the Commission to regulate the global swaps markets through unpredictable ‘guidance’ documents, advisories, and directives.  While we support bringing transparency to the markets, transparency has been lacking in the rulemaking process, coming at the expense of international coordination, the global markets and market participants.”

Forex Magnates reached out to Steve Adamske, at the CFTC’s office of public relations, but was unable to reach him for comments as of yet. According to related coverage by Bloomberg, Mr. Adamske had declined to comment regarding this development.

wow. this is almost as interesting as the libor rate manipulation shakedown.

i do agree that the cftc has had a cowboy approach to rulemaking over the last three years. It all started with the reduction of leverage back in 2010.