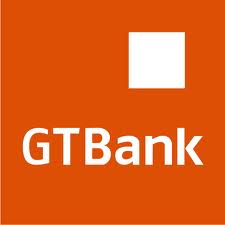 Leading Nigerian bank in the UK, Guaranty Trust Bank (UK) Ltd (GT Bank or GTB) has been found guilty of regulatory breaches in its money laundering procedures by the UK’s Financial Conduct Authority (FCA). The financial watchdog found the bank in breach of core principles over a 20 month period. The regulator takes money laundering very seriously and GTB joins a long list of both domestic and international banks who have lapsed procedures in these critical rulings.

The bank faced a financial penalty of £525,000 for failings in its anti-money laundering (AML) controls for high risk customers between May 2008 and June 2010.

The FCA’s investigation (initial investigation was conducted by the FCA’s predecessor the Financial Services Authority as part of a major thematic review on money laundering risks in 2010) found the bank breach several critical elements that contribute to disrupting the system, the FCA stated these in the official briefing, these include:

In light of the lapsed procedures, the FCA concluded that GT Bank was not able to fully understand or assess their higher risk customers’ activities. The bank breached FCA Principle 3, which requires firms to take reasonable care to organise and control their affairs responsibly and effectively, and a number of our rules on systems and controls.

Speaking about the incident, Tracey McDermott, director of enforcement and financial crime at the FCA said in a statement: “Banks are at the front line in ensuring the proceeds of crime do not enter the UK financial system. GT Bank’s failures were serious and systemic and resulted in an unacceptable risk of handling the proceeds of crime. Regardless of whether firms are well established or new to the industry they must ensure that they have systems and controls to manage money laundering risk.”

GT Bank settled at an early stage of the investigation and qualified for a 30% discount on its fine. Without the discount the fine would have been £750,000.

UK-based FX & CFD brokers are obliged to follow the same guidelines as banks and adhere to FCA guidelines to prove identity (KYC) and source of funds (AML), firms dealing with low risk situations e.g. UK and European clients have flexible requirements, taking into account reliability of documentation and the procedures each country has when dealing with identity and verification. Compliance tools such as GB Group or Experian are widely used by firms as they instantly identify clients and thus remove the need for supporting documentation. On the other hand clients from high risk jurisdictions need to provide several notarised documents, in some instances brokers request physical copies.

“The FCA will continue to focus on potential money laundering risks, in line with our objectives to protect and enhance the integrity of the UK financial system and will be ‘intensive and intrusive’ taking action where serious issues are identified,” concluded Ms McDermott.

In addition to the above mentioned, the regulators investigation found domestic giants fall short, Coutts and RBS fell victim to failures in their system and controls.

The UK regulator carried out a thorough investigation into money laundering and published its thematic review in 2011, thus giving firms details on and guidelines on best practises of feeling With high risk situations.

GTB serves a large proportion of Britain’s west African residents (a potential segment), in the UK there are official estimates (UK census 2011) of over 100,000.

Nigeria became one of the fastest growing countries for Forex trading in the latter stage of the last decade. With the rise in internet use and a developing economy (average GDP growth above 7% since 2009 according to the IMF), Nigerian investors were attracted to trade in the world’s most liquid market as an alternative to a poor domestic investment environment.

Traders from Nigeria fall into the high risk category due to the country’s domestic guidelines regarding identity and anti money laundering procedures.

Nigeria, has great potential for firms looking to expand their foothold as Africa’s most populous nation continues to dominate and capture economic gain in the region. MetaTrader 4 is the most popular platform in the country which is promoted by several brokers who have a local presence or representative including: InstaForex, FX Open, Alpari and GKFX.

Nigeria aims to be one of the leading financial centres in the world by 2020, the country’s central bank has been spear heading new policies and reforms. The Central Bank of Nigeria (CBN), has commenced the implementation of the Financial Systems Strategy (FSS) 2020. The Financial Systems Strategy (FSS) is the central bank’s developmental programme designed to create an international financial hub in Nigeria, in addition the programme intends to evolve Nigeria’s financial infrastructure to finance the country’s bid to join the top 20 economies in the world by the year 2020.

Deputy Governor of the Central Bank, Alhaji Suleiman Barau, who is the FSS 2020 Coordinator spoke about the new reforms, in a statement to the media, he said: “We have commenced full-scale execution and we are working on strengthening financial reform project management and tracking reforms. We would also like to strengthen the Project Management Offices (PMOs) and develop full liaison with development partners, while engaging with all other stakeholders.”

Share this article
Tags: Alpari / regulation
Got a news tip? Let Us Know

1) what are a couple of examples of high risk customers?

2) where does Nigeria currently “rank” in world’s financial centers?