Demetra Kalogerou, the Chairman of the Cyprus Securities Exchange Commission (CYSEC), is one of the most prominent and influential figures in the global financial regulations landscape.

Finance Magnates managed to sit down with her for a special and exclusive interview in light of the ongoing IronFx scandal that is far from being resolved.

We are following IronFX’s misbehavior and your response to it. There are claims that the investigation has been delayed. What is your response?

“We actively respond to indications of potential misconduct or failure to full comply. In this case, we started getting investor complaints in February 2015 and started our investigation shortly after. It’s a big firm with hundreds of thousands of clients and all complaints received had to follow the process in place. The case took some time to complete due to its scale. It takes time to properly scrutinize any potential wrongdoing.” 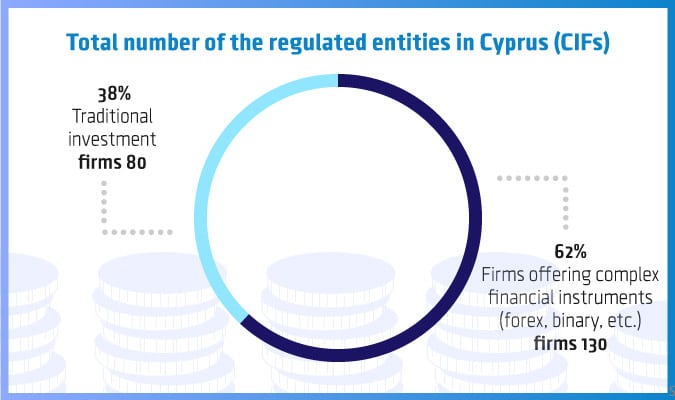 You recently reached a settlement with IronFX. Why settle for 335,000 EUR when it’s not enough to compensate its clients?

“The amount of a settlement isn’t directly or indirectly linked to the amount potentially needed for compensation. CySEC does not have any restitution powers over compensation of investors. Those who seek compensation have the right to go to the financial ombudsman or the courts. CySEC has issued a Circular which explains the procedure in place for investor complains which is available on its website. Our mandate is to supervise and CySEC will continue to closely supervise all CIFs under its supervision and will not hesitate to bring further enforcement forward in the event that the law is breached.”

Some claim that it is not nearly proportionate to the company’s misbehavior.

“This settlement amount was the second highest that CySEC agreed to with a CIF. Generally, when a settlement is reached by CySEC, it indirectly implies that the firm accepts misbehavior. And having to immediately pay the amount is certainly a form of punishment. The primary issue was that the company’s risk management failed to identify potential misuse of its bonus system. We took this matter very seriously as managing risk is what underpins any financial organisation. The bonus practices prompted CySEC to issue a Circular in April 2015, which effectively sets a road map of the accepted market practices in terms of trading benefits. It’s important to note that, in addition to the settlement amount, CySEC has imposed a list of corrective measures to be implemented by the company, as well as some restrictions on the company’s activity.”

What are your comments on the allegations that IronFX’s ties with the President of Cyprus have helped? Did the president pressure you?

“We are an independent authority that works under the rule of law and not the political administration. Therefore, I don’t have anything to say about that.”

You recently launched the Investor Compensation Fund (ICF): It currently holds around €17.5 million. What steps will CySEC take in the case a regulated broker goes bankrupt and is this amount is insufficient to compensate clients?

“The creation of the CIF Investor Compensation Fund (ICF) emanates from our mandate to protect the investors. Having this in mind and the risks in the market, we took the decision to review the regulation of the ICF. This process is currently underway. CySEC will hire an external advisor mandated to assess the ICF regulation. The aim is to ensure the ICF reflects the needs of the industry and its clientele and the prevailing risks. Our goal is to have this completed by the end of the year. We are considering various amendments, for example, whether the high risk firms might need to have a higher contribution to the fund in comparison to the ones with lower risks, i.e. the fees will depend on the risk profile.”

How does CySEC evaluate the conditions under which clients are entitled to compensation? What are your guidelines?

“A special committee is set to examine the applications of CIF clients towards the ICF and to assess the amount of compensation that each investor is entitled to. Having said that, it’s important to underline that the activation of the ICF is the last resort. The ICF cannot be activated unless the CySEC revokes a CIF’s license, the CIF commits bankruptcy, and it is not in position to cover its outstanding obligations vis-à-vis its clients after the liquidation of its assets.”

This is the first part of the special interview with the head of CYSEC. The second part will be published later this week. The full interview, that includes many other hot topics, can be found in the new issue of the Quarterly Industry Report. To get the Q1 2016 report, please send an email to qir@financemagnates.com

Would be also interesting if you could shed some light by providing the same questionnaire/research for Markets.com to give an inside as to how they managed to avoid a hefty impending fine and also details around their call center activity that is far from being legal and accounts for the biggest portion of their business.

“Demetra Kalogerou, the Chairman of the Cyprus Securities Exchange Commission (CYSEC), is one of the most prominent and influential figures in the global financial regulations landscape.” Who would considers her as such? Certainly not any regulators in other jurisdictions. And to those who have insight into IronFX, CySEC is clearly overwhelmed both trying to understand what happened, and politically overwhelmed by pressure to keep one of the island’s economic engines humming along. She is in a tough spot, but is not helping the Cyprus-based portion of the industry. The larger players with non-Cyprus regulations are happy to let the IronFX… Read more »

Dear Saw It Coming, As a financial institution, IronFX abides by the applicable international and European regulatory standards. The IronFX Group of Companies comprises of investment firms authorized and regulated by the competent financial authorities in the UK, Australia, South Africa and Cyprus. We note that none of the said group companies has either received a fine or penalty by any competent authority or has any court ruled against any of the group companies. We would be delighted to attend to any query you may have once we are able to identify you as a client of the Company. In… Read more »

The Head of Cysec is hot!

Someone needs to check the Panama files .. there is always a money trail

Shameful. All knows the truth…The Cysec has not solved a single case in 14 months passed, and is under the eyes of the world that is a totally fake watchdog.
The Iron scandal is of enormous proportions,but nobody does nothing…why? Only one response…Iron= Cysec
Trust in Cyprus is dead by then

I wonder what she would say about that!