Back in January, after announcing that it had received CySec regulation, binary options broker Banc De Binary also announced that it was in talks with the CFTC in regards to US regulation. The broker then subsequently rescinded that announcement, stating that it was inaccurate. 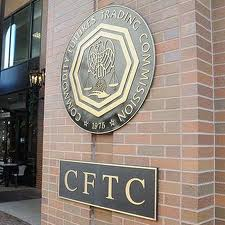 Apparently Banc De Binary’s talks with the CFTC were not about them getting regulated in the US, but being kicked out. The CFTC has just announced that it is charging Banc De Binary for “Violating the CFTC’s Off-Exchange Options Trading Ban and Operating as an Unregistered Futures Commission Merchant”.

The CFTC today alleges that Banc De Binary, which claims to be headquartered in Wall Street, violated “the CFTC’s ban on off-exchange options trading by offering commodity option contracts to U.S. customers for trading, as well as soliciting, accepting, and confirming the execution of orders from U.S. customers. The CFTC’s complaint also charges Banc de Binary with operating as an unregistered Futures Commission Merchant (FCM).”

According to the CFTC’s complaint, Banc de Binary operates an online trading website through which customers can buy or sell binary (“call” or “put”) options, predicting whether the price of a certain commodity will increase or decrease in a given time period, by its very nature, an exact definition of OTC (off-exchange) online binary options.

The CFTC’s complaint also charges Banc de Binary with operating as an unregistered FCM from July 2011 through March 2013. Finally, the complaint alleges the company did not limit its options offerings to eligible contract participants, allowing U.S. customers to trade without requiring any information about their trading history or net worth.

David Meister, the Director of the CFTC’s Division of Enforcement, made a public statement on the matter: “If a company wants to offer U.S. persons the opportunity to buy and sell predictions on the direction of commodity prices, the company must play by the rules or suffer the consequences. The applicable rules are on the books for good reason – to protect market participants and promote market integrity – and we will serve the public by enforcing them.”

In addition to this, the CFTC has issued an Investor Alert on its site in order to make clear the regulator’s position relating to binary options and the platforms which are used to trade such instruments.  They explained that the warning was due to complaints that both the CTFC and SEC about fraud among binary firms.

The CFTC’s Office of Investor Education and Advocacy takes a very conservative approach to customer protection within its jurisdiction and seeks to warn potential clients about certain malpractices which can take place including binary brokers apparently refusing to credit client accounts, denying fund reimbursement, exposure to identity theft and manipulation of software to close trades in the broker’s favor.

The warning is extremely concise and very candid indeed. Forex Magnates intends to follow this up with viewpoints from the industry on the matter. (Read the entire CFTC opinion)

They are also not allowed to call themselves a “bank”, “banc” or “private bankers” – the cypriotic banking law explicitly forbids this. But, apparently, down south noone seems to care. Au contraire, they grant them an EU passport, which is a total joke.

Where does this leave firms such as marketsworld .com who have been regulated under online gambling in the UK? NADEX is an exchange, whereas binary options are fixed odds bets against “the house” , so it makes sense they’d hold a gambling/casino license. I find CFTC/ NADEX exchange trading format more difficult and complicated, I prefer the up/down fixed return bet format, without the complexity of trading on an exchange against other traders. The CFTC concerns which are 100% valid about a broker stealing player data, fixing outcomes, refusing withdrawals etc as may exist with BankDeBinary are I think fully… Read more »

This is all just a big sham on behalf of the CFTC in order to protect the business interests of NADEX. Wasn’t Banc de Binary itself interested in getting a real US license but the request was immediately refused? And now the CFTC has the guts to claim that “illegal” brokers should get a license even though it never issues a license to anyone except NADEX.

Binary Fraud : Bbinary.com acting as private bankers and Spotoption positioned themselves as binary options exchange technology provider, this should be stopped and CFTC are the first to highlighted this mass.

thanks for this helpful article I’m been recommended by one UK scammers “pay actor” in use a binary broker BINARY BOOK, seated in UK once a make a research I notice that this brokers and some others in LONDON are using the net to collect binary traders to do the same as your described on your article then I decide to close my trading account but they don’t want to return my funds to the bank account, usually arguments different history than I need to speak with the brokers traders specialist and so on, and on but looking for your… Read more »