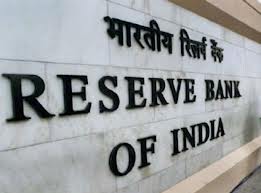 India’s banking supervisor has fined three heavy weight private institutions for failing to have adequate KYC and AML procedures. The trio came under the radar after media firm cobra post highlighted shortfalls in the banks systems and controls.

In the RBI’s findings, the order states that although there were no clear hindrances of money laundering the banks had violated the following:

As per the central banks procedures in dealing with breaches it wrote to all banks to investigate why there were systemic shortfalls. After considering the facts of each case and the individual bank’s reply the Reserve Bank came to the conclusion that some of the violations were substantiated and warranted imposition of monetary penalty.

India’s banking sector has been undertaking a transition where private banks are taking advantage of economic growth and the changing needs of consumers. Banks offer a wide range of banking and investment products from savings account, to bonds and mutual funds.

RBI has been battling with banks in relation to their systems and controls, the central bank fined ING Bank and ICICI bank in October 2012 after issuing several verbal and written notices to both firms in regards to KYC & AML procedures.

2012 was a tough year for global banking giants as regulators were distributing fines against money laundering and know your customer (KYC) breaches, like hot candy.

Firms operating in the financial services sector are obliged to adhere to the strict guidelines set by regulatory authorities. UK based Alpari was fined by the FSA for $200,000.

Know your customer by..

Firms providing brokerage services under the UK categorise clients according to parameters set by the authorities such as the Financial Action Task Force (FATF), the intergovernmental body was formed in 1989 by members of the G7 countries, the purpose was to develop and promote an international response to combat money laundering with coherent procedures for all nations to follow and benchmark.

A simple rule of thumb

Fraudsters try to use the banking system to cover the source of illicit funds, in the case of Liberty Reserve, a payment provider that was recently apprehended for an estimated $6 billion for money laundering. The proceeds of crime were thought to be related to; drug trafficking, identity theft and child pornography.

The RBI penalty puts a further blow to India’s position as a preferred destination for overseas investment as investors look for safe and secure destinations. In the midst of intense volatility in the rupee foreign investors sold $151 million worth of equities according to data supplied by the exchange on Tuesday.