Continuing our discussion on what are bitcoins, in today’s post we take a look at security, and bitcoin’s creator Satoshi Nakamoto. In Part One we focused on the foundation behind the currency and its universal ledger, the ‘blockchain’. 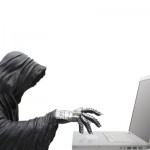 You’ve probably heard the word bitcoin and hacks in the same sentence quite often. Yes, as a digital currency, bitcoins reside within digital wallets. To no surprise, in the same way that thieves are attracted to physical banks and wallets, the same exists for digital currencies. But theft isn’t the only security issue, there are also hacks on exchanges and services that have been common. We’ll focus on wallet hacks, DDoS, and the ‘51% Attack’.

When it comes to bitcoin wallets, there are two types, individual housed wallets and cloud based. With individual wallets, users download a wallet app client on their computers or mobile device. The software creates unique addresses to receive and send bitcoins. (In part one we explained that the unique addresses are used by the blockchain to identify bitcoin ownership) There are also cloud based offerings where users can have their bitcoins stored with third-parties. Users register accounts with these firms and are provided unique addresses.

Like any heist, bitcoin thieves are out to steal an actual thing. In this case, the aim is to grab a wallet’s data file (wallet.dat) which contains information of the address. Once controlling the address, the bitcoins can be sent to another address. Thieves accomplish this by spreading malware and viruses on bitcoin owner computers that can compromise a computer system (learn more). To counteract, wallet owners are urged to encrypt wallet.dat files or hold the majority of their bitcoins offline. In cloud based wallets, as one could imagine, security is the main concern for firms. On this point, companies are using multiple encryption methods, so that even if a thief grabs a file, they won’t be able to access it. But, it still doesn’t always provide a full-proof answer as seen by Instawallet recently closing after a hack attack.

Currently, securing wallets is one of the biggest present issues that bitcoin related firms face. Specifically for startups aiming to enter the space, their reputation hinges on being able to provide secure hosting of bitcoins. About this, when speaking to Jaron Lukasiewicz, Founder and CEO of Coinsetter to learn more about his company’s upcoming platform, for a recent article that was published in Forex Magnates, security needs were deemed as important if not more important than the trading platform’s performance.

What’s a DDoS? Wikipedia defines a Distributed Denial of Service (DDoS) attack as is an attempt to make a machine or network resource unavailable to its intended users. In bitcoin land, this is done to paralyze miners and services. As bitcoins are mined, miners compete against each for the distribution of new bitcoins. Therefore, miners have used DDoS attacks to cripple other miners to prevent them from having the ability to grab new coins.

More known though, are DDoS attacks on bitcoin exchanges. These events have been used by hackers to paralyze trading and lead to volatile price moves (you can read more about them here). Basically, hackers have used DDoS attacks to halt trading, and once it resumes they immediately sell to trigger selling and drive prices lower, where they re-enter their positions.

A 51% attack is what can be termed the Achilles heel of all crypto currencies. As mentioned earlier, the foundation of the bitcoin payment transfer technology is the blockchain. The blockchain contains a ledger of all bitcoin transfer with identification of each coin to which address. So, if you are going to hack bitcoin, instead of playing around with Trojan worms and viruses, why not just take over the blockchain and enter in it transactions as you please.

Within the bitcoin community, such a forced coup is possible if an attacker provides more than 50% of the computer power being offered to the bitcoin network. As a public network that is operated by the shared resources of bitcoins users from around the world, a 51% attack of computer power would give that entity the power to control events on the blockchain. During that time they could double spend bitcoins, prevent transactions from occurring and deny mining (for more info of the abilities and limits to a 51% attack).

When they talk about ‘shutting bitcoin’ down, using a 51% attack would be the way to do it. Therefore, were a group of companies or government pool resources, they could effectively disrupt transactions from taking place.

There has been talk about creating alternate temporary blockchains that can be used to validate transactions with an aggregated total sent periodically (say every few hours) to the main blockchain for public reporting. In terms of a temporaty 51% attack, alternate blockchains would allow the bitcoin network to continue operating. (Interestingly, the idea behind alternate blockchains isn’t much different than trade compression that takes place in forex, which is used to aggregate trades for easier settlement and post trade monitoring) 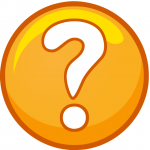 Who is Satoshi Nakamoto is a burning question within the bitcoin community. After creating and launching bitcoins to the world, Nakamoto had email correspondence with the community but vanished in the middle of 2010. No one knows why he quit correspondence and he hasn’t been identified since. Therefore, while bitcoin has been rising in prominence, its creator remains a mystery.

Since 2010, there have been many theories on who Satoshi Nakamoto is. Popular opinion is that the name is simply a pseudonym for another person or group of people. While Nakamoto identified himself as living in Japan and 37 years old, his perfect English in correspondence and typical time of day of emails suggests he isn’t Japanese.

Due to the mystery, there has been lots of speculation and research of who Nakamoto is.

As can be seen, there is no lack of opinions on who created bitcoin. Bitcoin advocates point out that as a public open source technology, bitcoin is best served without us knowing who Satoshi Nakamota is as it would draw attention away from the currency and towards the creator.

Thus ends Part Two of ‘What in the World Are Bitcoins’. In Part Three we put our attention on bitcoin firms such as merchant suppliers, exchanges, and our favorite, trading firms.

Share this article
Tags: bitcoin / mtgox
Got a news tip? Let Us Know

“…Bitcoin advocates point out that as a public open source technology, bitcoin is best served without us knowing who Satoshi Nakamota is as it would draw attention away from the currency and towards the creator….”

Correct. Trolls are known for arguing about the least important aspects of a system. Who created bitcoin algorithm is trivial compared to the ability for you to produce something with the bitcoins themselves.

The name of something would only become important if there was intellectual property dispute. But there is nothing new under the sun anyway, just different tastes and styles of implementation.