The bitcoin saga continued yesterday as after hitting highs of over $250, prices tanked 60% to $100. They then soared again to $200 before settling around the $170 level. What caused the fall is up to debate. On theory is that multiple exchanged came under DDoS attack by bitcoin traders. (For exchange MtGox, this has become a seemingly weekly phenomenon) With many users unable to reach the exchange, the hackers then sold bitcoins heavily, driving down prices and triggered a crash. The goal of the hacker/traders being to manipulate the market to buy at lower levels. Another suggestion is that the all time highs themselves led to an increase of site viewers at exchanges which crashed their servers. Based on previous examples, the manipulation theory appears to be the most solid. 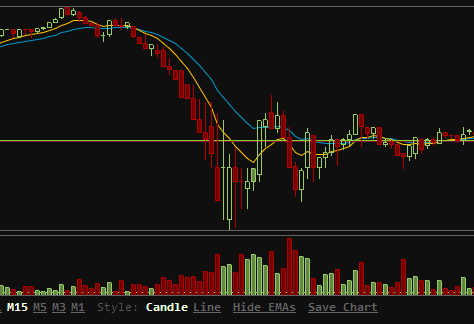 It appears to be a watershed moment for the current mega-rally that has taken place. New traders are experiencing the reality of bitcoin trading as it comes along with market manipulation and exchange connection failures. Therefore, it will be interesting to see if demand can stay strong, even as newly burnt traders exit the field. Ultimately, the crazy trading does suggest that if interest stays modestly strong, there will be demand for a larger, credible funded exchange/wallet service to enter the market. Currently, the two biggest concerns are hacking and government intervention. While nothing can be full proof, if a firm can demonstrate how they can solve the hacking problem it would provide them a large opportunity in the market.