Last week we took a look at CLS Bank & the World of FX Settlement.  In part two of a larger article about FX settlement and post-trade flow that originally was published in our Q1 Forex Industry Report, we focus on the operations of Traiana.

Tracking trades and monitoring credit relationships is one of the bigger headaches that financial firms deal with. When it comes to trades, there is a maze of post-trade flow that needs to be processed for each execution. For each transaction, beyond the basics of price, size, and instrument, a broker needs to report on a huge array of details. Such information can include the trade counterparty and on whose behalf the execution was made, whether it is a direct trade or a prime-brokered trade, or whether it was executed on an anonymous or disclosed platform. 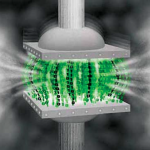 After the basic financials and trade workflow are recorded, a process is required to track the flow of payments with counterparties as well as reporting and funding a trade for the customer. This process is further complicated by the allocation process which breaks the block execution into its fund-level allocations which can be transmitted well after execution and to funds that reside at different institutions.

In this world of intricate details, a few missing parameters can create an entire mess for compliance teams and cause settlement breaks which lead to upset clients.

Beyond the tracking and reporting of post-trade flow, a program is needed to monitor credit requirements. The criticality of credit monitoring is especially important in the world of prime brokerage in which a client is trading in the name of their prime broker (PB) with execution brokers (referred to as EBs or liquidity providers) across the street.

In this instance, the EB needs to know whether customers have sufficient funds at their PB to accept the trade. In order to make this possible, PBs enter into Designation Notice Agreements with their EBs on behalf of their prime-brokered clients. Designation Notices specify the allowable products and currencies which can be traded by each counterparty.

In addition, defined credit limits for each client with each of their counterparties were set. For example, Bank A is trading with a client who is prime-brokered by Bank B and there is an agreement to accept a credit line of up to a $100 million in trades. If Bank A’s traders exceed the $100 million limit with the prime-brokered client of Bank B, Bank B may decide to reject the trade. Should this occur, Bank A would be holding an executed trade with a client that they have no collateral with. If that client subsequently folded, they would have no ability to reclaim their investment.

Solving these issues are pre and post-trade firms that provide monitoring tools. Specializing in this line of business is Traiana. Traiana began to operate in the industry 13 years ago initially providing products for FX primer brokers (FXPB) with which to facilitate post-trade flow. The early offering allowed FXPBs to to replace the manual matching, credit monitoring, billing and booking of trades between customers and counterparties with an automated system called TRM.

The firm’s next step was to create it Harmony product which is a cross-institution network that connects PBs, EBs and buy-side clients. The effect of the introduction of this network was that it not only provided users with post-trade monitoring services beyond their own walls, but expanded the messaging capabilities to counterparties.

This provided Harmony members with the ability to have a single connection to a messaging hub which ensured that trades could be submitted in the sender’s preferred format and delivered to each recipient in their preferred setup.

After connecting counterparties, the next progression in Traiana’s offering was to add credit monitoring. As mentioned above in the example of Bank A and Bank B, a PB provides credit limits for each of its clients to trade with participating EBs. For example, a PB may decide that each of its five customers can have $20 million in credit to transact with the EB. Although the total credit with that EB is $100 million, any EB risks having trades rejected if its holdings go beyond $20 million. In that situation, the EB would be forced to hold a bi-lateral trade with a customer with whom it has no economic relationship. Using Harmony, EBs and PBs are able to monitor these credit relationships to ensure that customers trade safely within their limits.

In addition to the simple Net Open Position (NOP) and Daily Settlement Limit (DSL) tri-party limits (between customer, EB and PB), there are more complicated limits that govern the trading on anonymous trading platforms called Electronic Communication Networks (ECNs). These trading venues are particularly difficult to monitor because the EB is unaware of which client they are trading with. To provide the FX industry with some sort of credit monitoring, each ECN has its own proprietary method of calculating credit exposure. This leaves PBs with a need to sort through all of the multiple reporting to create a clearer credit picture.

Providing a solution for this problem, Traiana’s CreditLink offering provides PBs with a single system to connect credit monitoring. CreditLink is composed of Designation Notice Manager (DNM), Tri-Party Limit Manager (TPL), and ECN Limit Manager (ELM). DNM is a means of electronically negotiating and establishing the Designation Notices between PBs and EBs on behalf of clients. TPL is a real time tool that determines credit utilization by comparing actual trade positions with the limits defined in DNM. ELM is used to normalize credit monitoring across ECNs and provides the ability to terminate trading at a single ECN or across ECNs with a Kill Switch button.

According to Jill Sigelbaum, EVP, Global Business Development & Alliances at Traiana, the Harmony network is also used by PBs to stop customers from trading if a problem arises. Sigelbaum explained “On the prime brokerage side, Traiana has a built-in ‘kill switch’ to each ECN. If a client is trading across multiple ECNs and a credit limit is breached, or a ‘runaway algorithm’ busts, the kill switch is activated and will stop the client from executing more trades.”

On the retail side of the market, Traiana is best known for its NetLink product. Part of the Harmony network, NetLink provides trade compression between retail brokers and executing brokers. Rather than booking individual small transactions, NetLink holds trades for user-defined increments (usually two hours) and aggregates them. The result is that for every aggregation event, one sell and buy trade is produced for each currency pair.

After aggregating the trades, the following would occur:

Although the PB can view each individual trade for its clients, the actual give-up takes place after the compression occurs. By aggregating the trades between the retail broker and the EB, only the two transactions above would be booked to each party’s back office system.

The advantage that compression provides is lower costs for all parties involved in the retail trade. Sigelbaum explained that “retail brokers have two options for sourcing liquidity; either to post margin at multiple banks, or consolidate margin with a prime broker. In return for the prime brokerage services, the retail broker is charged a fee to cover the PB’s transaction costs. The costs factor CLS fees, back office expenses, and Harmony charges. For small orders, a PB will actually lose money on the trade after factoring the minimum expenses.”

With NetLink, prime brokers are seeing a 98% compression for retail flow. This leads to decreased costs for all parties and the ability to execute smaller trades. Sigelbaum added that the ability for PBs to enable their clients to trade small sized trades has provided a boost to the agency model as retail brokers can back out of all their order flow. The reduced costs due to NetLink have led to decreased PB fees and an overall drop in spreads over the last two years. Benefitting are end-user retail traders who are seeing cost reductions that brokers receive passed onto them.

While Traiana’s past and present has been focused on the post-trade FX market, they have been expanding their product base to include pre-trade and multi-asset coverage. In contrast to post-trade monitoring which calculates the impact of credit utilization after a trade has been executed, pre-trade reporting analyzes whether funds are available to initiate a trade.

Demand for this product has risen due to brokers and banks scrambling to become compliant with Dodd Frank regulation and new CFTC rules. To limit systematic risk, new pre-trade rules have been created to verify credit worthiness of counterparties before a transaction has been implemented.

Elsewhere, Traiana has begun to offer multi-asset class coverage and other services. This includes launching Harmony for CFDs to connect PBs with liquidity providers. Also, Sigelbaum added that the firm has added network connections to Central Clearing Houses and Trade Repositories, with the aim of providing post-trade flow monitoring for FX, Rates and CDS.

Share this article
Tags: dodd-frank
Got a news tip? Let Us Know