June was a weaker period compared with the previous month for the American retail FX trading industry, as shown by the recently released monthly report by the Commodity Futures Trading Commission’s (CFTC). According to the latest data filed by US Futures Commission Merchants (FCMs) and Retail Foreign Exchange Dealers (RFEDs), firms’ retail forex funds suffered a decline in June 2016. 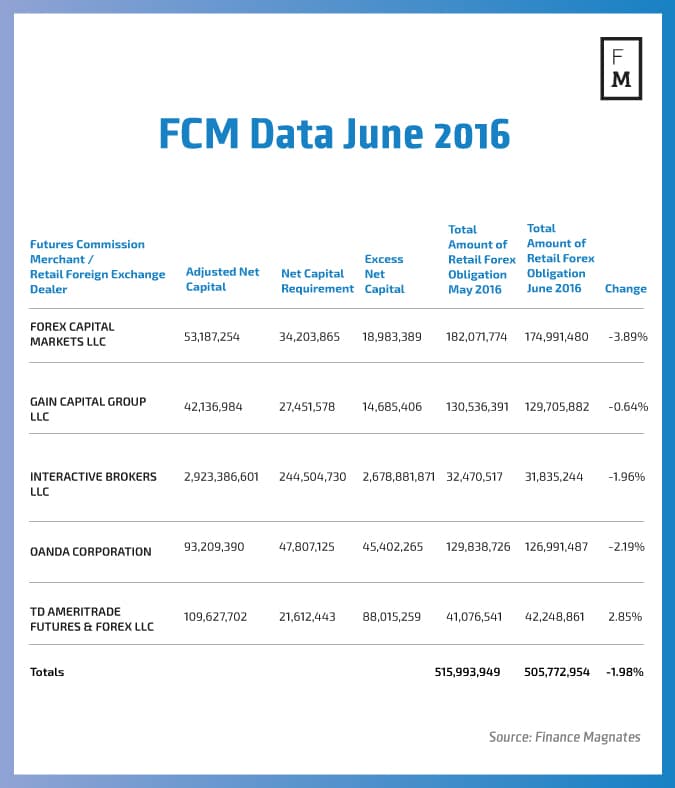 For the month ending June, total retail FX obligation went down by about 2% MoM from May 2016. Moreover, except for TD AMERITRADE, each and every individual broker has reported a decrease in the amounts of FX funds they held over the period. As can be seen from the chart, the worst performance was from FXCM whose retail FX funds declined about 3.9% in April 2015 month-over-month. 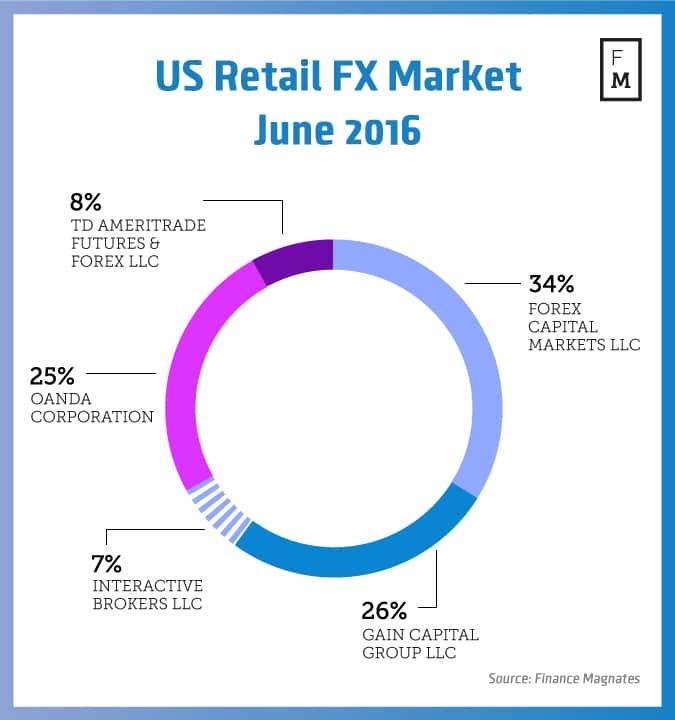 May figures from Phillips Capital were dropped from the chart as the firm was removed from the FCM list by the CFTC in June and they were small enough to be practically insignificant. This was just another small step in the overall centralization of the American retail forex industry brought about by overbearing regulations making it exceedingly hard for smaller firms to compete in the market.