International broker-dealer Tradition has confirmed that two further banks have committed to the support of the TraFXpure spot forex trading platform, following their founder testing and addition of a series of initial banks as reported by Forex Magnates in October 2012 during their founder testing period in readiness for what is now an imminent launch.

Tradition’s presence in this market segment is not inconsiderable. They are represented in 28 countries internationally, and employ 2,400 members of staff. Holdings group Compagnie Financiere Tradition (CFT) is listed on the Swiss stock exchange, with regulatory bodies overseeing their activities on the global market including the FSA, SEC and the CFTC. 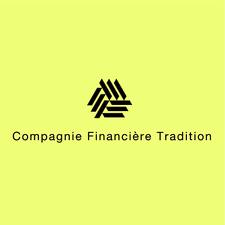 During the first six months of 2012, trading conditions were difficult across the market, and this affected most of the industry as a whole. However Tradition’s consolidated net corporate profits increased by very slightly as reported here. This took into account the 3.7% drop by Giatame, Tradition’s Japanese operation, caused by tax reforms and leverage restrictions in Japan. The launch of ParFX will be an interesting product to follow in terms of Tradition’s corporate performance over the coming year.

The latest financial institutions to join the list of founders are The Bank of Tokyo Mitsubishi UFJ and Nomura Securities, further substantiating the desire of the wholesale spot FX market to operate a new way of trading.

Further final preparations before launch include the renaming of the platform to a recently formed company name ParFX, which is a wholly owned subsidiary within the Tradition Group.

Speaking on behalf of The Bank of Tokyo Mitsubishi UFJ, Akira Hoshino, Global Head of FX Trading said: “We are pleased to partner with Tradition to provide a new highly compliant spot forex trading market infrastructure. We look forward to trading on the platform and expect it to become a leading player in the Spot FX market.”

Jai Rajpal, Global Head of Foreign Exchange at Nomura, said: “Nomura is committed to providing our FX clients with best execution, liquidity and transparency. We are delighted to be part of the ParFX initiative, which will help improve access and reduce trading costs for all market participants.”

Daniel Marcus, Managing Director, Strategy and Business Development at Tradition, commented: “We are greatly encouraged by the support being shown by such a large number of significant participants in the spot FX market. The diversity of the group illustrates the growing momentum of ParFX. We now have more than 20 of the largest banks in the world testing the platform as well as 8 ISVs. We are very much looking forward to the imminent launch of ParFX”.

interesting notion 🙂 you know that tradition owns about 80% of FXDD? this explains the logo 😉